Bigg Boss 14 To Feature Commoners Again And Auditions To Kickstart In May 2020? Read Details

As per reports on social media, Bigg Boss 14 is said to see commoners as well the auditions of the same starts from May 2020. Also, the theme of the house is out. Read on! 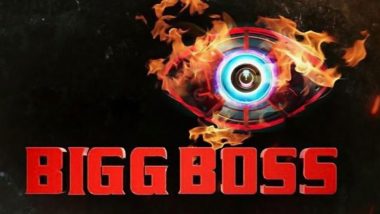 Bigg Boss 13 was one of the most celebrated seasons of all time. The controversial reality series became the biggest show ever with the line-up of fabulous celebs which in return garnered the highest TRP in history. It was Sidharth Shukla who won BB 13 followed by Asim Riaz as the runner-up. While fans of the show still haven't digested season 13 and here comes breaking news of the upcoming season. Well, as per rumours online, Bigg Boss 14 auditions is all set to start by May 2020 and that's not it as the next season might also see commoners inside the house. Bigg Boss 14: If Salman Khan Quits, Who Should Be the Next Host? Shah Rukh Khan, Akshay Kumar or Ranveer Singh? Vote Now.

The last one, Bigg Boss 13 was an only celeb season, minus the commoners. If the above report doing rounds is true in any way then it'll be interesting to see commoners and celebrities under one roof again. If you are a fan of the show you will know that Bigg Boss 10 had featured commoners on the show such as Manveer Gurjar, Manoj Punjabi, Nitibha Kaul, Lokesh Kumari, Priyanka Jagga to name a few. Bigg Boss 13 Winner Sidharth Shukla Inaugurates a Hospital Ward With Mom, Receives Love From His Elderly Fan (Watch Videos).

The reports also spill beans about Bigg Boss 14's theme this year. Reportedly, the controversial house will be turned into a  jungle wherein only four to five commoners will take part and the rest contestants will be celebrities. FYI, no official confirmation on this has been out yet by the channel nor the makers. Stay tuned!

(The above story first appeared on LatestLY on Apr 21, 2020 10:51 AM IST. For more news and updates on politics, world, sports, entertainment and lifestyle, log on to our website latestly.com).