Code M Review: Jennifer Winget As A Military Lawyer Is At Her Finest In Unmasking The Indian Army Secrets 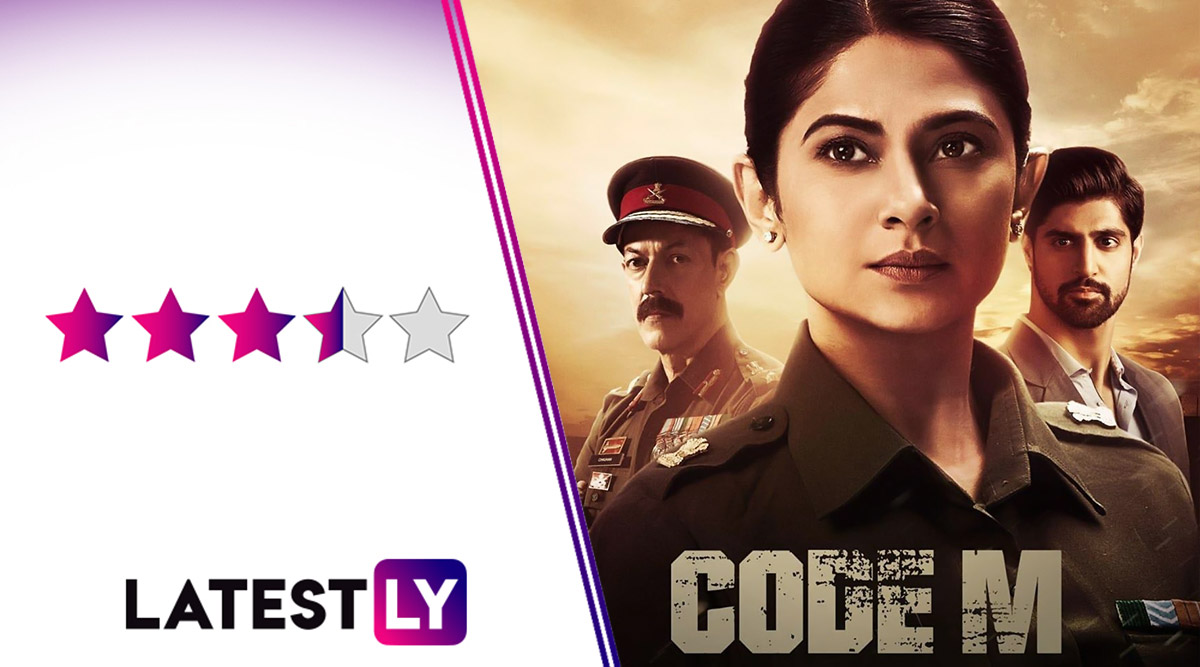 Bollywood, as well as the OTT platforms, are up for a change these days, as we are seeing more content-driven films/series. On the same note, let us laud one of the recently released web series titled Code M. Starring television babe Jennifer Winget in the lead, the series that released on Indian Army Day (January 15) is a tribute to all the army officers. Making her digital debut in this ALTBalaji and Zee5 initiative, Winget dons the army uniform here and is a boss lady in each frame. Fans will really see the actress in quite a different avatar as she plays the role of Major Monica Mehra (a military lawyer), packing a powerful punch. Code M Trailer: Jennifer Winget's Badass Look as an Army Lawyer is Impressive and the Intriguing Storyline is Sure to Leave You Wanting for More (Watch Video).

Jennifer essays the role of a lawyer in the Indian Army, who digs in deep to unearth the truth with regards to the killing of an alleged terrorist, Asif. This bloodshed had taken place at the Rajasthan-Pakistan border, amid a few officers. While the case initially appears to be an open-and-shut one, it's Winget's urge to know the reality leads to unravelling many secrets.

If you happen to be a Jennifer Winget fan then this is a must-watch. The actress is at her best and carries all the episodes on her shoulders. Right from turning victorious in almost all her attempts to even blending in beauty with a badass punch in a few scenes, she is stellar and how. Winget is also supported by a brilliant supporting cast which includes Tanuj Virwani and Rajat Kapoor. Each episode of the series has its plus point which makes you glued to it and curious about what’s next? Not to miss the title track, Fauj Ki Dahaad which is indeed a powerful rap added to the web series.

Check Out The Trailer of Code M Here:

The direction by Akshay Choubey has its hits and misses. The whole series would have ended in like fewer episodes as compared to 8 to create a better impact. Another weak point is how the plot of the web show gets predictable after a few episodes. Jennifer Winget Moves On With Code M Co-Star Tanuj Virwani? Couple Holidaying In Polland?

I’m a nutshell, Code M is a great attempt in the world of series which sees a unique story with a female protagonist. Nevertheless, it's a show with a message intact along with a terrific lead like Jennifer Winget. She is indeed the S(h)ero in this one. I'm going with 3.5 out of 5 stars. Stay tuned!