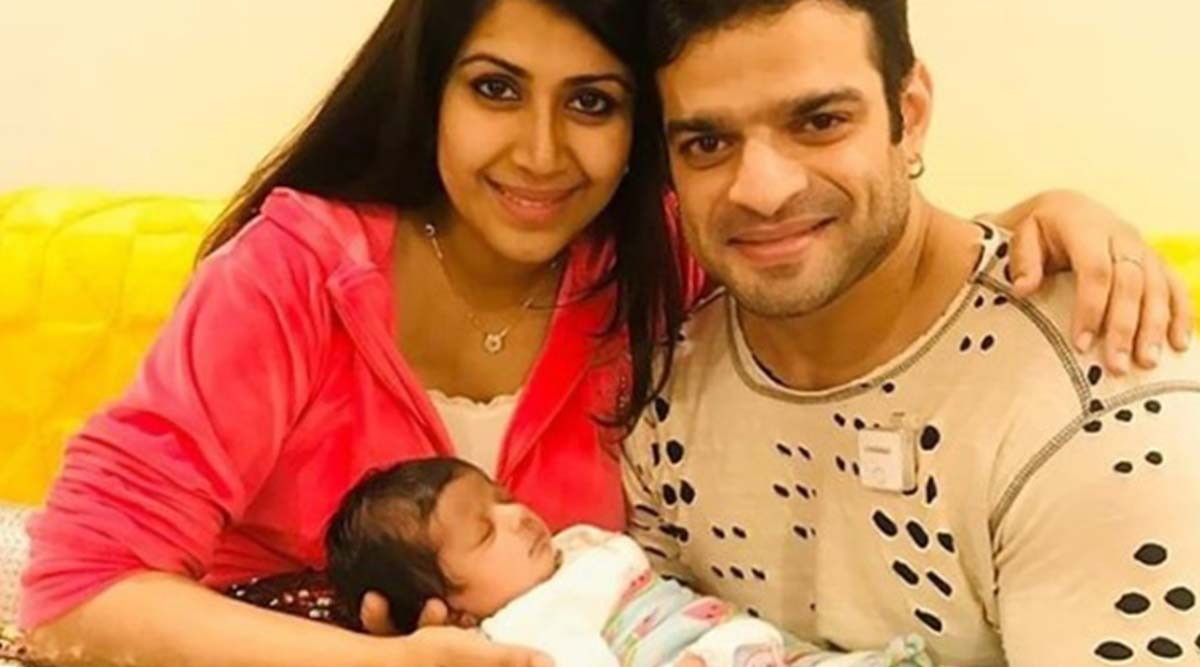 It was in December 2019 when television actor, Karan Patel and wife Ankita Bhargava were blessed with an adorable baby girl, Mehr. After the angel's arrival in their life, the couple is on cloud nine these days. Well, their happiness can be seen on social media where the two often post cutesy pictures of the cutie-pie quite often, but with this, they also make sure to hide her face all the time. Well, now seems like the wait is finally over as Mehr's picture has gone viral on the web. It was Karan and Ankita who shared the photo on Instagram and later deleted it. Karan Patel Cannot Stop Pampering His Newborn Daughter Mehr and This Latest Picture Is Proof!

In the leaked picture, we can see Karan and his wife posing for the lenses along with Mehr. Paa is seen holding his daughter in arms. While the actor is seen wearing a fancy tee, on the other hand, Ankita is seen in a pink jacket. Talking about the munchkin, the girl is seen dressed in a white dress resting in his daddy's arms peacefully. Must say, the photo is really cute and why not, as it's the first one. Karan Patel Pens An Emotional Letter For Yeh Hai Mohabbatein, Says 'I've Played A Father For 6 Years, I Am Ready For Fatherhood Now'.

Check Out The Picture Of Mehr Below:

Earlier in an interview with TOI, Karan had said, "I am numb, overjoyed and a little intimidated the only soul who has given me such emotions all at one go, Ankita is doing well and our families would like to thank each and everyone who have loved us and continue to bless us. Meanwhile, on the professional front, Karan was last seen on Ekta Kapoor most popular daily soap, Yeh Hai Mohabbatein. Stay tuned!