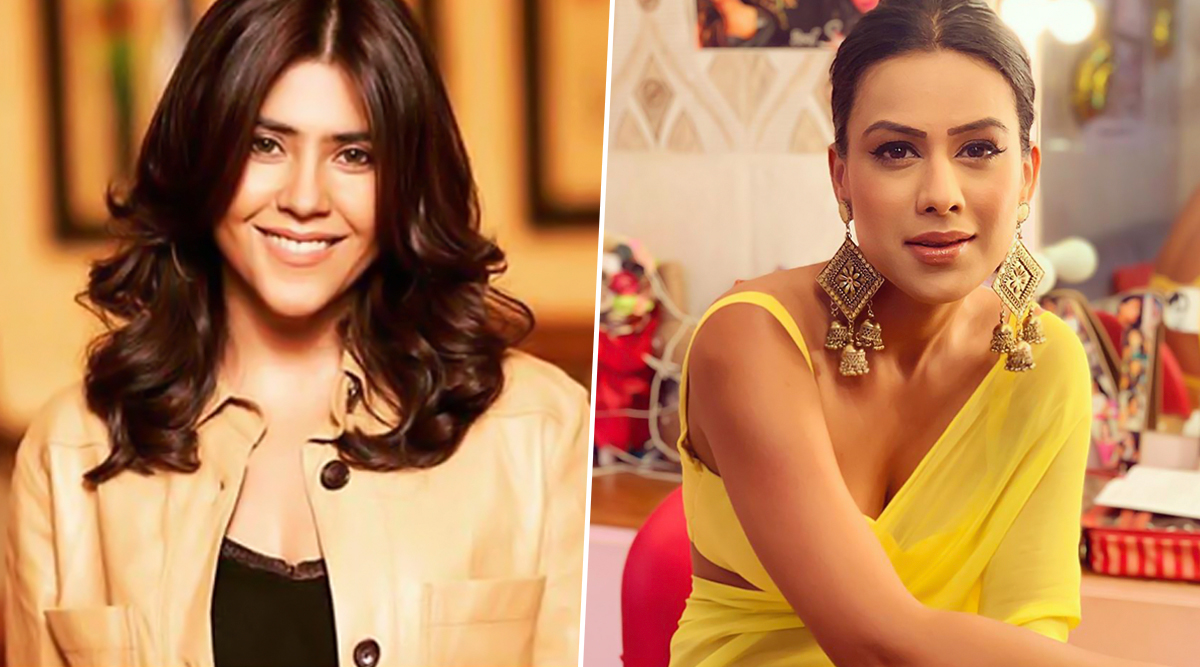 Ekta Kapoor's much-loved show Naagin, that has completed three successful seasons, is reportedly one of the most successful shows on Indian television. Now the fourth installment of the fictional franchise Naagin is eagerly anticipated. Recently, we had reported that telly diva Nia Sharma, one of the biggest names of the Indian television industry, has bagged the lead role in Naagin 4 after Ekta had confirmed it in a tweet. Ekta had written, "Welcome to the world of Naagins Nia Sharma," while Nia too commented, thanking Ekta on the post. She had tweeted, "And thank you a ‘million’ times for this opportunity @ektaravikapoor It’s an absolute honor and privilege." Naagin 4 Actress Nia Sharma’s 5 Sizzling Hot Photos Which Will Make You Go Hisssssss! (View Pics)

And now talking about why she chose Nia as her first Naagin, Ekta Kapoor, in a statement to SpotboyE, said, "Well, we tested many people and Nia came into the final round. She passed the look test thereafter with flying colours. She looked fab." Further conversing with the online entertainment portal, Ekta said, "There has to be some slickness in the look, which she provided. I am sure she will do a fantastic job. And it's now over to selecting the second Naagin." Naagin 4: Nia Sharma Confirms Being A Part Of The Show, But Reveals That She Isn't Playing A Naagin

On the career front, Nia Sharma, who was last seen in Ishq Mein Marjawan opposite Arjun Bijlani, is currently seen in ZEE5 series Jamai 2.0 alongside Ravi Dubey. Now that the actress has been roped to play one of the shape-shifting snakes in the supernatural series, it would be interesting to see of Nia is able to do justice to the role. Stay tuned to LatestLY for more updates.