Saath Nibhaana Saathiya 2: Did You Know Lead Actor Harsh Nagar Has Been Taking Gujarati Lessons From His Wife For His Role of Anant? 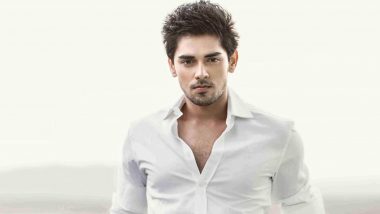 The report reads, "For his role, Harsh kept on practicing his gestures, postures, mannerisms, and expressions till he reached a point of perfection. In fact, he learned the Gujarati language from his real wife Tanvi." Saath Nibhaana Saathiya 2: Harsh Nagar and Sneha Jain To Play the Main Leads Anant and Gehna.

Says Harsh, "I have always heard a lot about Gujarati food and culture from my wife Tanvi. Gujarati is an extremely sweet language and I chose to get more familiar with Gujarati as a language and perfect the various nuances and styles that it possesses in order to fit in the required characteristics of my character ‘Anant’ in Saath Nibhaana Saathiya."

"My wife, Tanvi has been kind enough to mentor me through this process. I trained under her to not only get the dialect right but also to master the accent and a few popular Gujarati catchphrases. It has been challenging and exciting so far. This show is very close to my heart. I have directed all my energies into it and I hope that shows on screen. It's always fun to learn a new language. It's an altogether different learning experience," he concludes.

(The above story first appeared on LatestLY on Oct 18, 2020 05:52 PM IST. For more news and updates on politics, world, sports, entertainment and lifestyle, log on to our website latestly.com).