The tweets in question were sent from Sawyer's account before he joined the series. The actor's account has now been deleted though given today's time, screenshots of his old tweets are still doing the rounds on social media. 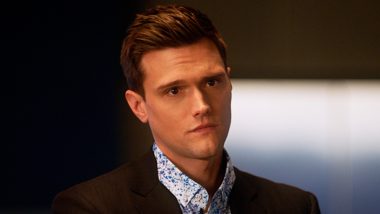 Just when US is in the middle of protests going on across cities as people are standing up against systematic racism following George Floyd's death, The Flash star Hartley Sawyer's old tweets with racist comments have now gone viral on social media. After the derogatory tweets surfaced on social media, the actor has now been fired from the CW show. CW and the show’s producers Warner Bros confirmed the same with a statement. The tweets in question were sent from Sawyer's account before he joined the series. The actor's account has now been deleted though given today's time, screenshots of his old tweets are still doing the rounds on social media.  The Flash Season 6 Comic-Con Trailer:  Crisis on Infinite Earths’ Shadow Huge Over Promo – Watch Video.

It has now been confirmed that Hartley Sawyer who essayed the role of Ralph Dibny, aka Elongated Man on the show will not be returning for the show's 7th season. The show's executive producer, Eric Wallace took to Twitter to share his statement regarding Sawyer. He wrote, "This morning, many of you learned that Hartley Sawyer will not be returning for Season Seven of THE FLASH. Concerning his social media tweets, they broke my heart and made me mad as hell. And they're indicative of the larger problem in our country. Because at present, our country still accepts and protects the continual harassment—unconscious or otherwise— terrorizing and brutalizing of Black and Brown people, which is far too often fatal. That's why our country is standing up once again and shouting, “ENOUGH!" and taking to the streets to bring about active change. "

My statement regarding Hartley Sawyer and THE FLASH. pic.twitter.com/hni0MxOWZU

Sawyer's tweets that ended up him being fired from the show are from 2012 and 2014. One of the tweets read, "“The only thing keeping me from doing mildly racist tweets is the knowledge that Al Sharpton would never stop complaining about me.”Shawn Mendes’ Racist Tweets from the Past Resurface, Senorita Singer Makes It Worse With His Response.

My words, irrelevant of being meant with an intent of humor, were hurtful, and unacceptable. I am ashamed I was capable of these really horrible attempts to get attention at that time. I regret them deeply. This was not acceptable behavior. These were words I threw out at the time with no thought or recognition of the harm my words could do, and now have done today. I am incredibly sorry, ashamed and disappointed in myself for my ignorance back then. I want to be very clear: this is not reflective of what I think or who I am now. Years ago, thanks to friends and experiences who helped me to open my eyes, I began my journey into becoming a more responsible adult - in terms of what I say, what I do, and beyond. I've largely kept that journey private, and this is another way that I have let so many down. I still have more work to do. But how I define myself now does not take away the impact of my words, or my responsibility for them. I am very sorry.

Hartley had issued an apology last week as he wrote, "incredibly sorry, ashamed and disappointed in myself for my ignorance back then" in an Instagram post. Although, given the circumstances, many studios are now making sure to not tolerate any kind of racist behaviour.

(The above story first appeared on LatestLY on Jun 09, 2020 12:25 AM IST. For more news and updates on politics, world, sports, entertainment and lifestyle, log on to our website latestly.com).