Vikrant Massey on Doing Balika Badhu: I Was a Small Part of That Show, but I Did It Because There Was a Larger Idea Behind It 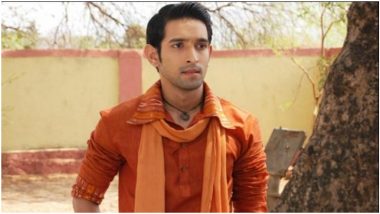 Vikrant Massey, slowly and steadily, is establishing himself as a dependable lead actor in Bollywood. After doing parts in TV and supporting roles in movies, he has played leads in films like Death in the Gunj, Chhapaak, Ginny Weds Sunny and more to come. But, how many of you remember the actor had an important role in the daily soap Balika Vadhu? The actor has a very special reason for doing the show. "Before Chhapaak, I also did the socially relevant Balika Vadhu... I was a small part of that show, but I did it because there was a larger idea behind it," he said in an interview with The Telegraph. Yami Gautam Talks About Bhabiji Ghar Par Hain, Says 'Show Has Some Fine Actors and Very Funny Content'.

The actor further said, "As an independent creative artiste, I want to associate with work that’s relevant.  Cinema and society are interlinked and it’s important for artistes to represent the times that they are living in. I am lucky I am getting the opportunity to do that."

He added, "I do think of the part I am playing and my contribution to a film. But I never really think who is front lining a film and whether my part is lesser or more. Till now, I have been able to only focus on the larger idea, which is to tell the stories that I want to be a part of, things that I, as Vikrant, want to say through my work. I want to be able to tell things through my work." Cargo Movie Review: Vikrant Massey, Shweta Tripathi’s Netflix Film Is an Ambitious but Confounded Concoction of Hindu Lore and Sci-Fi.

Earlier, while talking to The Indian Express, the actor had said, "I’ve done television for 10 years, my soul still belongs to that platform. I truly believe I am what I am because of it. But it’s a very disheartening scenario and I’ve admitted this earlier too. Considering the kind of regressive content we are seeing on television, at least in terms of daily soaps, I don’t see myself being a part of such a narrative,"

"I am hopeful we will revisit the glorious days of Nukkad, Byomkesh Bakshi, Buniyaad or Mirza Ghalib or the times when good content was being made," Vikant concluded.

(The above story first appeared on LatestLY on Oct 18, 2020 09:31 PM IST. For more news and updates on politics, world, sports, entertainment and lifestyle, log on to our website latestly.com).