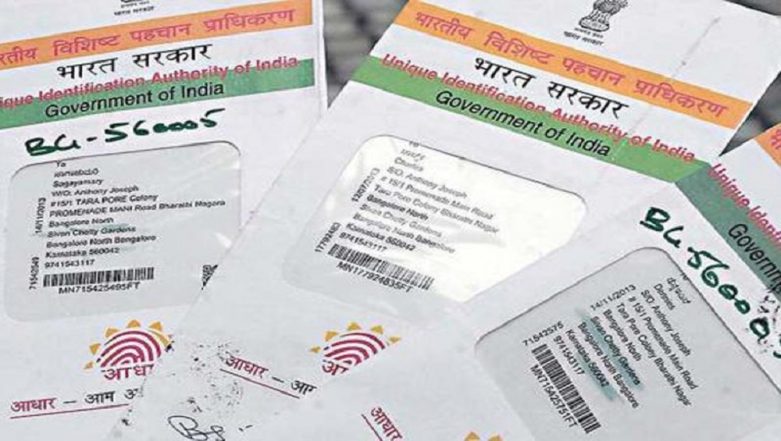 New Delhi, July 28: In a major embarassment for the Telecom Regulatory Authority of India (TRAI), alleged personal details of its chairman R S Sharma were leaked on Saturday after he tweeted his Aadhaar number asking if it had made him vulnerable to any security risk. The TRAI chief shared his 12-digit Unique Identification Authority of India or UIDAI number and threw a challenge to hackers. (ALSO READ: Aadhaar Data Breach: TRAI Chief's Personal Details Not Leaked From Database, Says UIDAI)

In a series of tweets, a French security expert, who goes by the nickname Elliot Alderson and uses twitter handle @fs0c131y, leaked Sharma's personal details such as address, date of birth, mobile number, PAN card number and even WhatsApp profile picture, explaing the TRAI chief how risky it was to make the Aadhaar number public.

"People managed to get your personal address, DoB and your alternate phone number. I stop here, I hope you will understand why make your Aadhaar number public is not a good idea," Alderson, who is known to have revealed security loopholes in the Aadhaar data system, wrote. He posted screenshots of Sharma's leaked details with key areas blackened and hidden.

Sharma, a known defender of Aadhaar, has been maintaining that the unique ID does not violate privacy and the government reserved a right to create such a database of residents since it gives subsidies on state-run welfare schemes. Amid a debate on privacy concerns people fear that the 12-digit biometric number was harmful to citizen's privacy.

"My Aadhaar number is ************. Now I give this challenge to you: Show me one concrete example where you can do any harm to me," tweeted Sharma, whose tenure ends on August 9. A twitter user had earlier asked Sharma to "walk your talk" after the TRAI chief tweeted his interview with an online portal in which he strongly defended Aadhaar.

Now I give this challenge to you: Show me one concrete example where you can do any harm to me!

He said there had not been a single instance of data being breached and had there been one, the entire Aadhaar database would have been vulnerable. Within hours of tweeting his Aadhaar number, Anderson replied to Sharma: "The phone number linked to this #Aadhaar number is 9958587977.

"According to an official @nicmeity circular, this phone number is the number of your secretary," Anderson wrote and posted a link to the Ministry of Electronics and Information Technology circular. The security researcher also posted a picture of Sharma with a portion of it blackened. "I supposed this is your wife or daughter next to you."