Fuel Rates Continue to Decrease: Petrol in Mumbai at Rs 82.94/Litre & Diesel at Rs 76.30/Litre in Chennai, Check Rates in Other Cities

Fuel prices have last increased on 16 October, and since then daily prices have either remained static or have decreased. 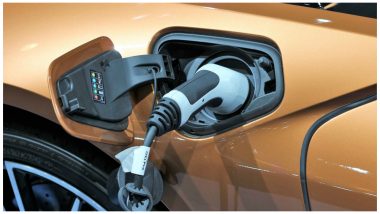 Fuel prices have last increased on 16 October, and since then daily prices have either remained static or have decreased. According to a Bloomberg report, International crude oil prices declined about 20 percent from their October high. Brent crude oil slipped to its lowest since early April, down more than 18 percent since reaching a four-year high at the beginning of October. Some of the states also reduced VAT following the central government's price cut which made the fuel prices go down by Rs 5 in some of the states.

(The above story first appeared on LatestLY on Nov 13, 2018 08:49 AM IST. For more news and updates on politics, world, sports, entertainment and lifestyle, log on to our website latestly.com).