Squalls and gusty winds are likely to hit many parts of India, including Delhi, till Friday even as the mountains of Himachal Pradesh received fresh snowfall. 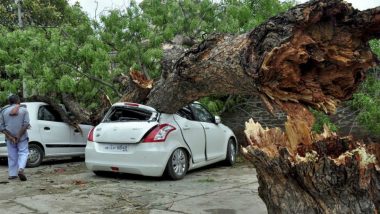 New Delhi, May 8: Thunderstorms, rains, dust storm accompanied by gusty winds are likely to hit the northern states of India on Tuesday. According to a release by the India Meteorological Department (IMD), the winds speed is expected to vary between 50 and 70 km per hour. Squalls and gusty winds are likely to hit many parts of India, including Delhi, till Friday even as the mountains of Himachal Pradesh received fresh snowfall.

The weather office had also issued an alert on Monday saying “under the influence of a western disturbance, a cyclonic circulation over Haryana and a west-east tough from northwest Rajasthan to central Madhya Pradesh in lower levels” will bring light to moderate rainfall in north India. 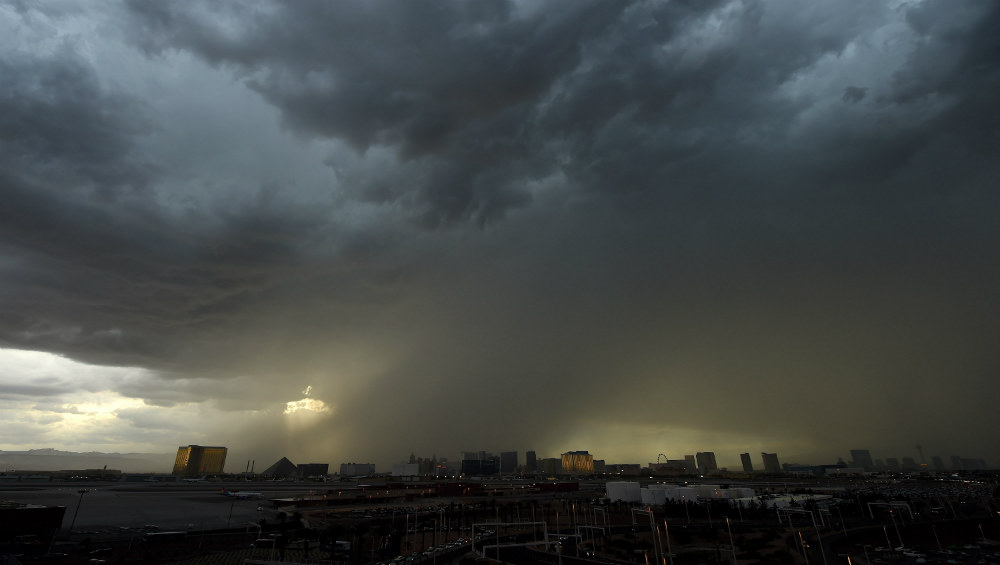 IMD reports inform that in the next 48 hours, parts of Jammu and Kashmir, Himachal Pradesh, Uttarakhand, Punjab, Haryana, Chandigarh and Delhi and western Uttar Pradesh are expected to witness heavy to moderate rainfall. The IMD prediction comes a week after a deadly thunderstorm killed at least 124 people and injured more than 300 in Uttar Pradesh and Rajasthan. 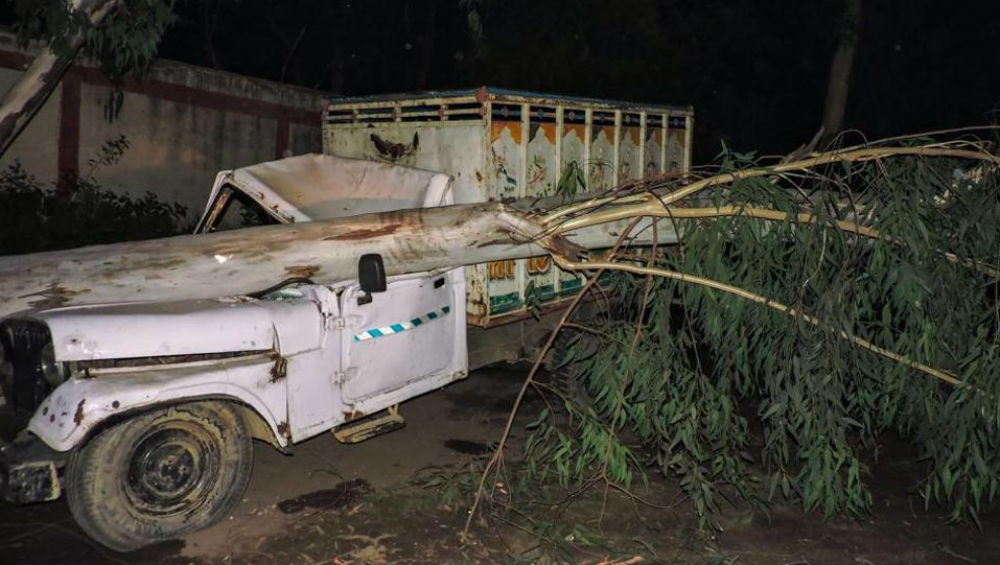 The Delhi government on Monday issued an advisory and urged people to monitor the media for updates and warning instructions. The advisory added not to take bath during the storm as lightning can travel along pipes; and to unplug electrical equipment”.

According to a DMRC advisory, the Delhi Metro, too, has decided to exercise caution in running trains. The DMRC said that if wind speed was more than 90 kmph then it would halt operations. “If wind speed is reported in the range of 70-90 kmph, then train movement will remain normal, but trains will enter with a restricted speed of 40 kmph or less at platforms on elevated sections. If wind speed is more than 90 kmph, then trains will be put on hold at platforms… no train will enter the platform with a speed of more than 15 kmph. Normal movement of trains will be restored once the wind speed is less then 85 kmph for continuous five minutes,” the DMRC stated in an advisory.

On Monday, a dust storm with a wind speed of 50 kmph hit the national capital late last evening at 11.15 pm along with rainfall. In a weather warning bulletin, the India Meteorological Department (IMD) said the states likely to be affected by thunderstorms and gusty winds are Uttar Pradesh, Bihar, West Bengal, Sikkim, Odisha, Assam, Meghalaya, Nagaland, Manipur, Mizoram, Tripura, Karnataka and Kerala.

In wake of the warning by the meteorological department, thunderstorm accompanied with squall at isolated places in Haryana between May 7 and 8, following which the state government decided that all government and private schools will remain closed on these two days.

Reports inform that State Education Minister Ram Bilas Sharma today said the decision to keep schools closed on May 7 and 8 has been taken in view of the MeT Department's warning.

Flights delayed due to storm

Earlier this morning, massive dust storm hits Uttar Pradesh's Meerut. In wake of the bad weather conditions, all educational institutions to remain closed today due to thunderstorm alert for the region. Meanwhile, thunderstorm and hailstorm alert issued for Dehradun district for the next 48 hours. In the wake of the alert, all schools and Anganwadi centres in the district to remain closed tomorrow.

(The above story first appeared on LatestLY on May 08, 2018 09:19 AM IST. For more news and updates on politics, world, sports, entertainment and lifestyle, log on to our website latestly.com).