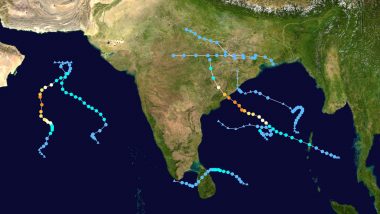 The IMD forecast said that under its influence, light to moderate rainfall is expected at most places with isolated thunderstorms along with wind speed 40-50 kmph. Moreover,  heavy falls are very likely over Andaman & Nicobar Islands during the next five days. The IMD informed that rainfall intensity is very likely to increase over East India and adjoining Central India from October 15.

(The above story first appeared on LatestLY on Oct 13, 2021 09:09 AM IST. For more news and updates on politics, world, sports, entertainment and lifestyle, log on to our website latestly.com).