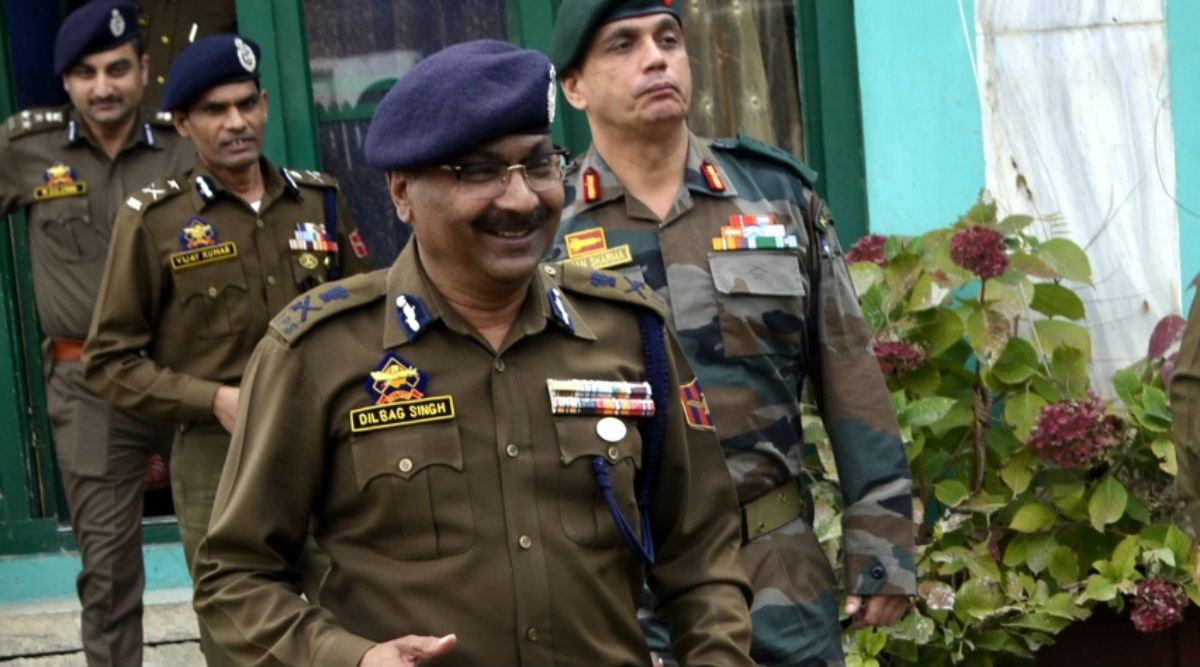 Srinagar, January 20: The Hizbul Mujahideen, comprising largely of homegrown militants, is on the verge of being completely wiped out, said Jammu & Kashmir Director General of Police (DGP) Dilbag Singh. The top cop's remark came shortly after three militants affiliated to the outfit were gunned down in an encounter in Shopian district. Doda Encounter: Hizbul Mujahideen District Commander Harun Hafaz Killed by Indian Army.

"Hizbul Mujahideen is on the verge of being completely wiped out in South Kashmir," Singh said, adding that the security forces have nearly throttled the operational space of militant groups in the Valley. The repeal of Article 370 has further led to the crackdown on insurgent elements, the government has claimed.

J&K Dilbag Singh: Hizbul Mujahideen is on the verge of being completely wiped out in South Kashmir.

Earlier today, three militants affiliated to the Hizbul Mujahideen were killed in an encounter carried out in Shopian district of South Kashmir. No casualties were incurred by the security forces in the counter-insurgency operation. The encounter came five days after a top district commander of the Hizbul, Harun Hafaz, was killed in a gunfight in Doda.

The Hizbul Mujahideen was formed in the year 1989, with its leadership comprising of disgruntled political elements who were denied power in the "rigged elections of 1987". The group is headed by Syed Salahuddin, now based in Pakistan-occupied-Kashmir (PoK), who was once an aspirant of the chief ministerial post in J&K.

In 2011, the security forces had similarly claimed that the ranks and files of Hizbul have been completely eliminated in Jammu & Kashmir. The defeat of Hizbul was been marked as a lethal blow to militancy in the Valley. However, the group regained prominence in a couple of years and began feuding with the security forces.