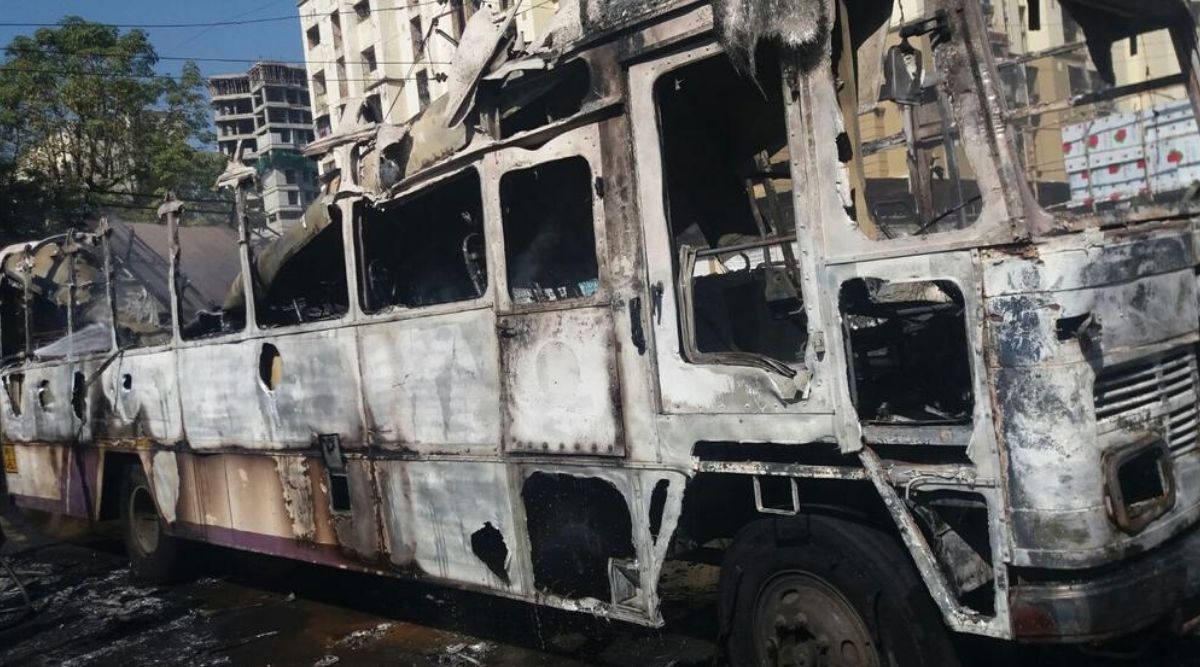 Berhampur, February 9: Nine persons were electrocuted to death and 22 people injured when a bus caught fire after coming in contact with a power transmission line in Golanthara area of Odisha's Ganjam district on Sunday, officials said.

Chief minister Naveen Patnaik expressed his condolence and announced announced ex-gratia of Rs 2 lakh each to the next of kin of the deceased. The chief minister also announced that free medical treatment would be provided to the injured, an official in CMO said. Odisha: 6 Killed, Over 40 Injured as Bus Catches Fire in Ganjam District.

Odisha Chief Minister's Office (CMO): CM Naveen Patnaik has announced an ex-gratia of Rs. 2 lakhs each for the kin of the deceased & free treatment to injured. https://t.co/gBH2J3CGLm

The people were on their way to attend a marriage negotiation ceremony, Sub Divisional Police Officer (SDPO), Berhampur Sadar, Jayant Kumar Mohapatra said. The bus caught fire after coming in contact with an 11 KV power transmission line, leading to the casualties.

State Transport Minister Padmanabha Behera said, a thorough inquiry will be conducted into the incident and strict action will be taken against the guilty.

Union Petroleum and Steel Minister Dharmendra Pradhan expressed shock over the mishap and prayed for speedy recovery of the injured.

Seeking a thorough probe into the tragedy, Pradhan said, concrete steps must be taken to prevent recurrence of such incidents. Local people along with the fire service and police personnel swung into action immediately after the accident.

Chief Fire Officer (CFO) Sukant Sethi said, the blaze has been extinguished and all those inside the vehicle have been rescued and shifted to a hospital after disconnecting power supply in the transmission line.

Preliminary information suggested that the luggage carrier of the bus came in contact with the transmission line along the road when the driver tried to give way to a two-wheeler on the narrow path, he said. The incident will be thoroughly investigated to ascertain the circumstances in which the accident took place, Sethi said.