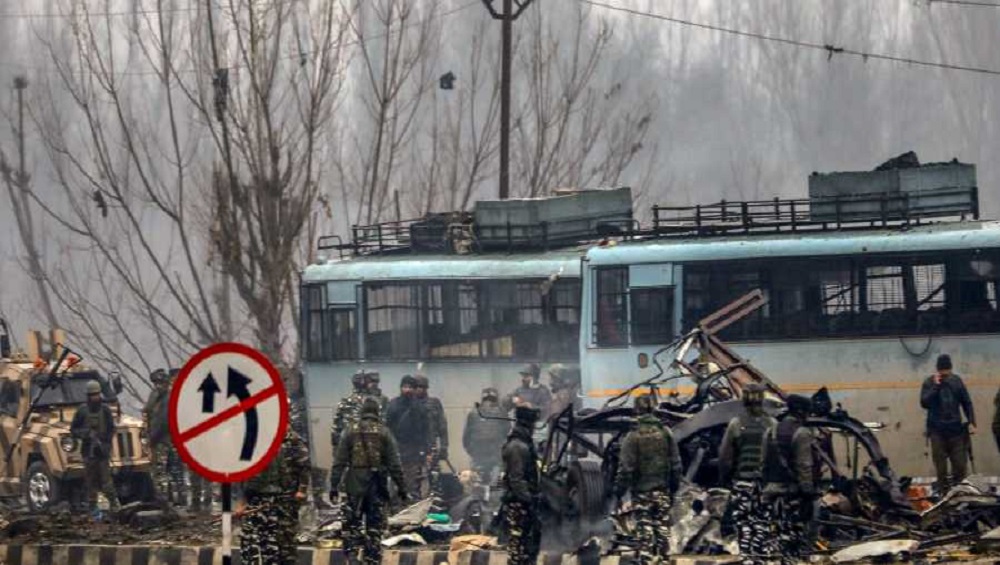 New Delhi, February 27: National Investigative Agency (NIA) on Thursday denied media reports that Yousuf Chopan was granted bail in the Pulwama attack case. The NIA clarified that bail was granted in a separate case pertaining to the Jaish-e-Mohammed (JeM) conspiracy and Chopan was lodged in Kot Bhalwal Jail in Jammu. The NIA added that Chopan was never arrested in the Pulwama attack case. Pulwama Terror Attack: India Remembers Its Brave Men; Here's The List of CRPF Jawans Who Were Martyred in February 14, 2019, JeM Strike.

The accused was sent back to the jail under Public Safety Act by order of District Magistrate of Pulwama. He was arrested along with six others in the JeM conspiracy case. Two chargesheets were also filed against eight people. During the investigation, seven over ground workers of JeM were arrested. Chopan was not chargesheeted due to inadequate evidence.

NIA: He alongwith 6 others were arrested in NIA case pertaining to JeM conspiracy in which 2 chargesheets were filed against 8 accused. During the investigation, 7 over ground workers were arrested. Yousuf Chopan was not chargesheeted due to inadequate evidence. (2/3)

Earlier in the day, reports surfaced that the NIA court in Delhi’s Patiala House granted default bail to Chopan in the Pulwama attack conspiracy case. The NIA court, in its February 18 order pronounced that Chopan was eligible for statutory bail. The order was passed after the NIA failed to file a chargesheet within the prescribed statutory period.

According to a report published in Live Law, the bail application was moved on the grounds that Chopan had been in custody for around 180 days and the NIA is yet to file a chargesheet. The time to file chargesheet lapsed on February 11, 2020. The investigative agency reportedly did not file a chargesheet due to the lack of evidence. Meanwhile, the agency told the court that it was conducting the probe in the case. The bail was granted to the accused on a personal bond of Rs 50,000 and one surety on the like amount.