Paras Singh, who goes by the name ''Paras Official'' on his YouTube channel, had in a video posted on Sunday termed Congress MLA Ninong Ering a non-Indian and claimed the "state was a part of China", sparking furore among Arunchalees as well as people from other parts of the country. 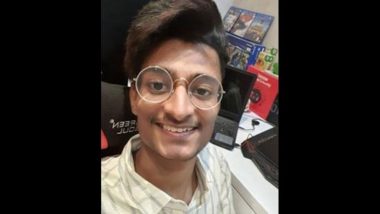 Itanagar, May 25: Punjab Police on Tuesday arrested YouTuber Paras Singh after a case was registered against him for allegedly making a racial slur against Arunachal Pradesh MLA Ninong Ering, a senior police officer said here. He was also charged with inciting ill will and hatred towards the people of the northeastern state.

Ludhiana Police, under close monitoring of Arunachal Police, arrested Singh after tracing his whereabouts as he was on the run since Monday, Inspector General of Police (Law and Order) Chuku Apa told reporters. A three-member Special Investigating Team (SIT) of the state police had left for Ludhiana on Monday and will reach the city by Wednesday. The team will produce 25-year-old Paras Singh before the court seeking five-day transit remand so that he can be brought to the state, Apa said.

Paras Singh, who goes by the name ''Paras Official'' on his YouTube channel, had in a video posted on Sunday termed Congress MLA Ninong Ering a non-Indian and claimed the "state was a part of China", sparking furore among Arunchalees as well as people from other parts of the country. In yet another video, posted on Monday, Singh had apologised for his comments.

The YouTuber had made the remarks while reacting to a letter addressed to Prime Minister Narendra Modi by Ering recently, wherein the latter had asked the PM to ban the re- launch of PUBG Mobile Indias new avatar Battlegrounds Mobile India. As many as ten FIRs were lodged in various police stations of Arunachal Pradesh against the YouTuber but taking suo moto cognizance of the case, the police registered a single case under three sections of the Indian Penal Code, Apa said.

The IGP appreciated the Ludhiana Police for its cooperation and at the same time cautioned people not to post any offensive comments related to the case in social media, saying such hate comments and posts in social media are punishable under relevant sections of law. Union Minister for Sports and Youth Affairs Kiren Rijiju, who hails from Arunachal Pradesh, tweeted that Punjab Police had taken Paras Singh under custody.

"Arunachal Pradesh Police is reaching Punjab. Ive spoken to Police Commissioner of Ludhiana for urgent judicial process for transit remand as its inter-state arrest so that he can be brought to Arunachal Pradesh," Rijiju tweeted.

The Union minister further said that "the home ministry had already issued strong advisories to all states and UTs to ensure the protection and dignity of the North-East people."

The Arunachal Pradesh government on Monday filed a case against the social media influencer for his alleged racial remarks against the Congress MLA, and "ill will towards the people of the state".

Ering, a former Union minister, had said in the letter "re-launching the game was a mere illusion and a trick to collect user data of the citizens, including children, and transfer it to foreign companies and the Chinese government." Noting that it poses a big threat to the security of the country, Ering had requested the prime minister to stop the re-launch.