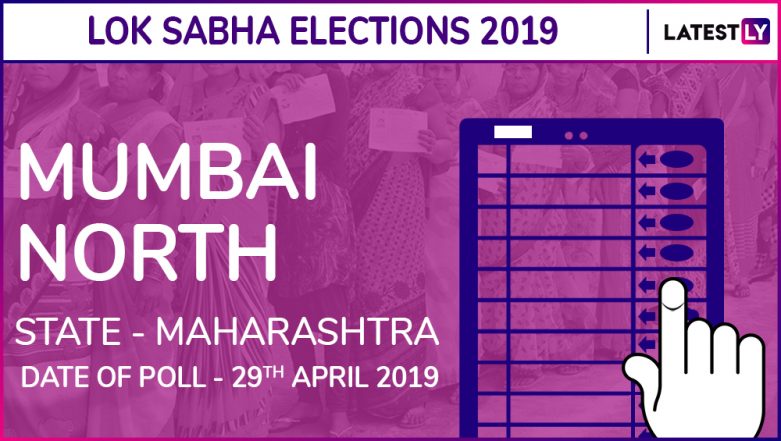 Mumbai, March 24: Mumbai North, one of the 48 Lok Sabha Constituencies in Maharashtra, went to polls on April 29 in the fourth phase of general elections. Gopal Shetty of the Bharatiya Janata Party (BJP), who defeated Congress’s Sanjay Nirupam in 2014 Lok Sabha polls, was re-elected as Member of Parliament from Mumbai North Lok Sabha seat.

Gopal Shetty has been renominated by the BJP from Mumbai North. The Congress declared actor-turned-politicians Urmila Matondkar as its candidate from the seat. The process of filing nomination for Mumbai North Lok Sabha election began from April 2. The last day for nominations was April 9. The scrutiny was done on April 10 and the last date for the withdrawal of the nominations was April 12. Check Full Schedule of Lok Sabha Elections 2019.

While the BJP has formed an alliance with the Shiv Sena, the Congress has joined hands with the Nationalist Congress Party (NCP) and several regional outfits for the 2019 Lok Sabha elections. Maharashtra Lok Sabha Elections 2019 Dates: Constituency-Wise Complete Schedule Of Voting And Results For General Elections.

The Congress-NCP alliance suffered a humiliating defeat in 2014 Lok Sabha polls when the BJP-Shiv Sena combine bagged 41 of the total 48 seats in Maharashtra. Lok Sabha elections will take place in seven phases - on April 11, April 18, April 23, April 29, May 6, May 12 and May 19.