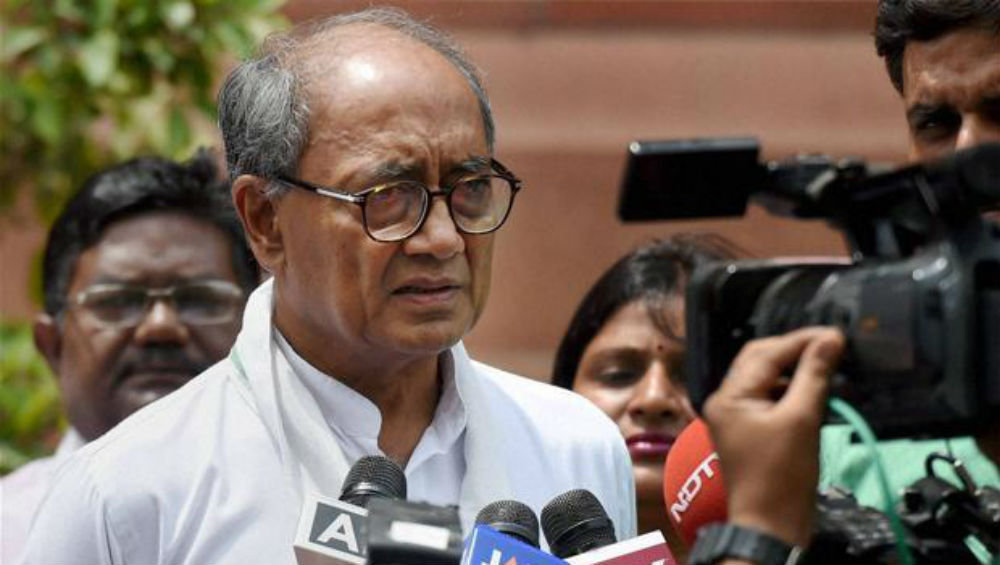 Indore, January 15: Senior Congress leader Digvijaya Singh on Wednesday said Prime Minister Narendra Modi and Home Minister Amit Shah should reject allegations by controversial Islamic preacher Zakir Naik that he was approached by the Indian government for support over abrogation of Article 370 and noted that if they do not do so, it will be assumed his allegations are correct.

"In this regard, he (Naik) has revealed that he declined because it was a betrayal of people of Kashmir and Constitution. Such a big statement... (the person) whom Amit Shah and Modiji have declared anti-national, if he is making such a statement, they should reject it. Why this has not been done to date? This is my question," he asked.

Earlier in a tweet, the Congress leader dismissed allegations that his party ever supported the controversial Islamic preacher. He responded to a tweet by a media outlet which mentioned BJP leader Gaurav Bhatia's remark during a televised debate that "Zakir Naik was always supported by the Congress party".Singh said it was "absolutely wrong" allegation.

"Congress never officially supported Dr Zakir Naik. It is true I had addressed a communal harmony conference in Mumbai from his platform but you can go through his speech in that conference, at no point he made any communally sensitive statement," Singh said.In another tweet, Singh called upon the Prime Minister and the Home Minister to reject allegations levelled against the BJP government by Naik.

"The Prime Minister and Home Minister should reject the allegations levelled by Dr Zakir Naik. If they don't do so, it would be assumed that the allegations levelled by "anti-national" Dr Zakir Naik are correct," he said.Naik had claimed that the Bharatiya Janata Party-led government offered to drop money-laundering charges against him and provide with a "safe passage to India" in return for his support to the government's move to revoke Article 370 of the Constitution.

In a statement issued by Naik's PR team on Saturday, the Islamic preacher had said that he was approached by a representative of the Indian government in September, who offered him the purported deal on Kashmir, which he refused. Pakistan: In Lahore, Congress Leader Mani Shankar Aiyar Makes Claim of Rift Between Narendra Modi, Amit Shah Over NRC.

Naik, who has been living in Malaysia for the last three years, is facing charges of inciting communal discord and committing unlawful activities in India.He is also facing probe both in India and Bangladesh in connection with the terror attack at the Holey Artisan Bakery in Dhaka on July 2016.