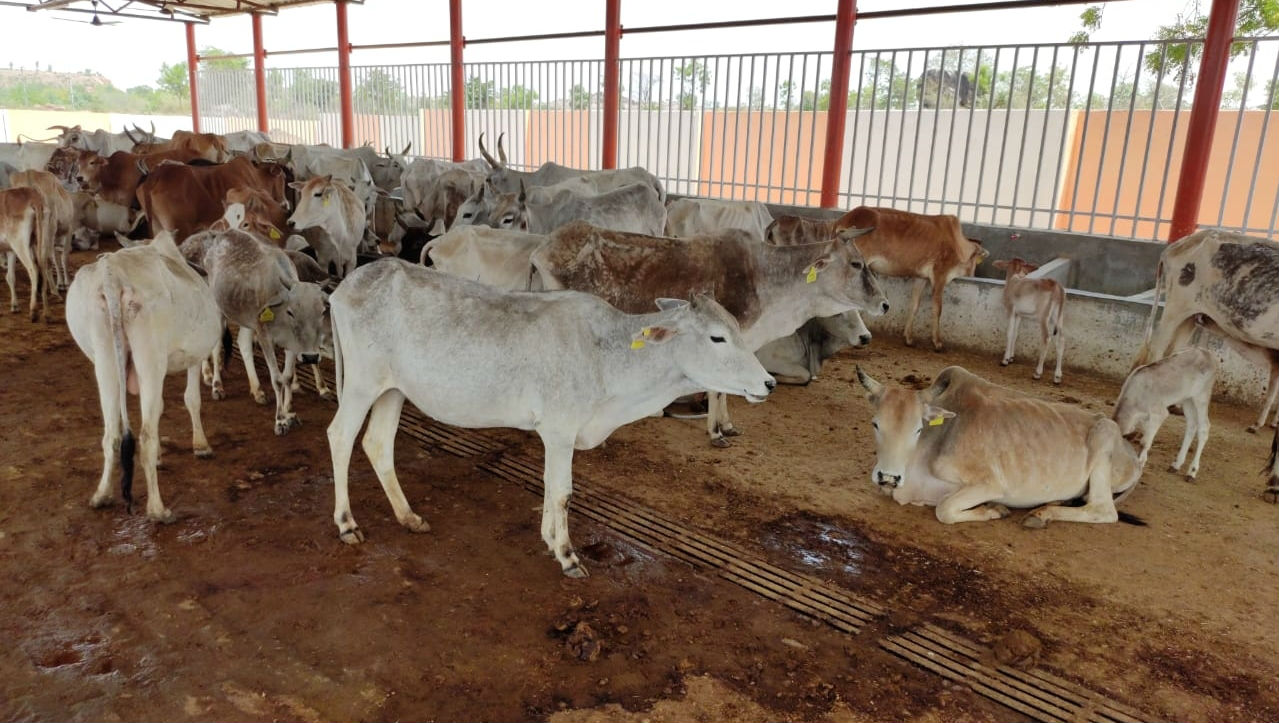 Mahoba (Uttar Pradesh)/ February 9: As the fodder being provided by the state government is insufficient for the cows, the organisation "Sarvdharm bhojan" has launched an initiative to feed cows by collecting Chapatis and left-over foods from 10 points in the city. The arrangements have been made to collect food at 10 points in the city. The food is then collected from the designated points and it is then sent to the cowshed.  The people of all religions are participating vigorously in this charitable work. A large number of people are donating food at food points for the cows.

Organisers are appealing to send food to these points so that no cows of the city remain hungry. Babla, Head of "Sarvadharm Bhojan", said, "As the food provided by the government falls short and it is very difficult to arrange food for such a large number of cows, we are taking help from people and now they are donating the food (chapatis and left over food) at 10 food-collecting points." 'Gau Swayamvar': Find 'Perfect Match' For Cows in Online Directory of Bulls Prepared by Madhya Pradesh Government.

"I urge all the people to help us and I appeal everyone to be part of this initiative," he adds. Sayyad Aafaq Hussain (Kazi) says, " Like humans, cows and other animals need food. There are caretakers of humans but none for cows. Often, we see cows eating Polythene bags on the roadside. So, we decided to provide food to these cows and made 10 food points to collect the food."

Speaking to ANI, Arvind, one of Chapati donators, says, "It is a good initiative and it helps the people to donate Chapati to cows." Another food donator, Aditya, says, "We don't throw the leftover food, but we drop that food at food points so that it can be reached to needy cows."