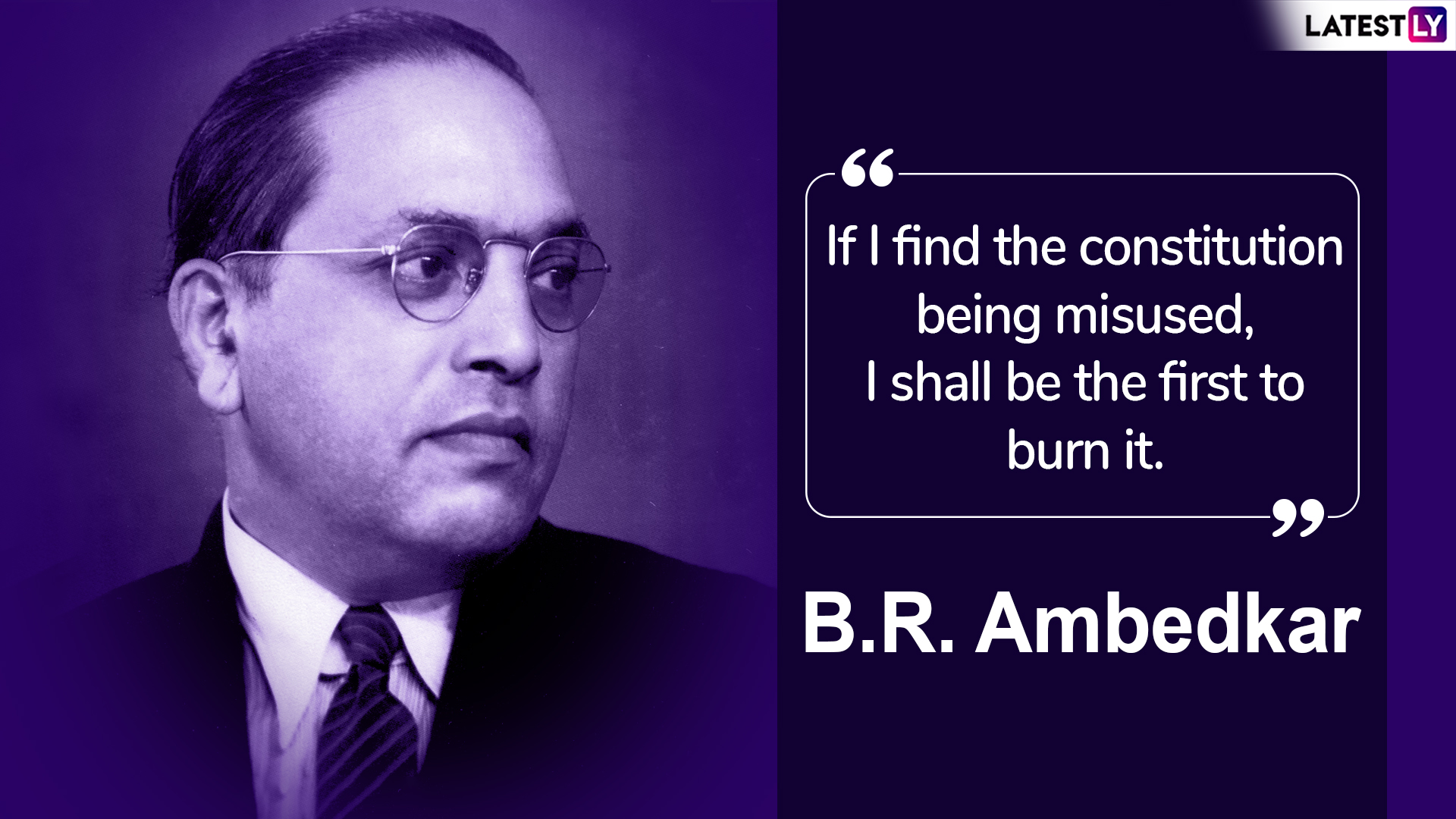 India is celebrating the 71st Republic Day today. The day marks the occasion India adopted the Constitution on January 26, 1950, after receiving independence. The Indian Constitution was drafted by BR Ambedkar who led the Dalit Buddhist Movement in India. He is known for his fight against social discrimination and campaigning for the rights of Dalits. As we celebrate Republic Day 2020, we remember some of the great quotes by the architect of the Indian Constitution. BR Ambedkar embraced Buddhism on October 14, 1956. He came from humble beginnings and went on to be known as one of the great leaders of India who raised voice against varying social evils. Republic Day 2020: Sudarsan Pattnaik Creates Sand Art Wishing on the National Festival, Twitterati Share Wishes And Messages.

Born to Ramji Maloji Sakpal and Bhimabai Murbadkar Sakpal in Madhya Pradesh's Mhow, Ambedkar came from humble beginnings and went on to become one of India's greatest leaders. He earned the title 'Babasaheb' for this selfless work towards the community. Republic Day 2020 Date & History: Significance and Celebrations Associated With 71st R-Day of India or Gantantra Diwas on January 26.

BR Ambedkar Quote: "If I find the constitution being misused, I shall be the first to burn it." BR Ambedkar Quote: "History shows that where ethics and economics come in conflict, victory is always with economics. Vested interests have never been known to have willingly divested themselves unless there was sufficient force to compel them." 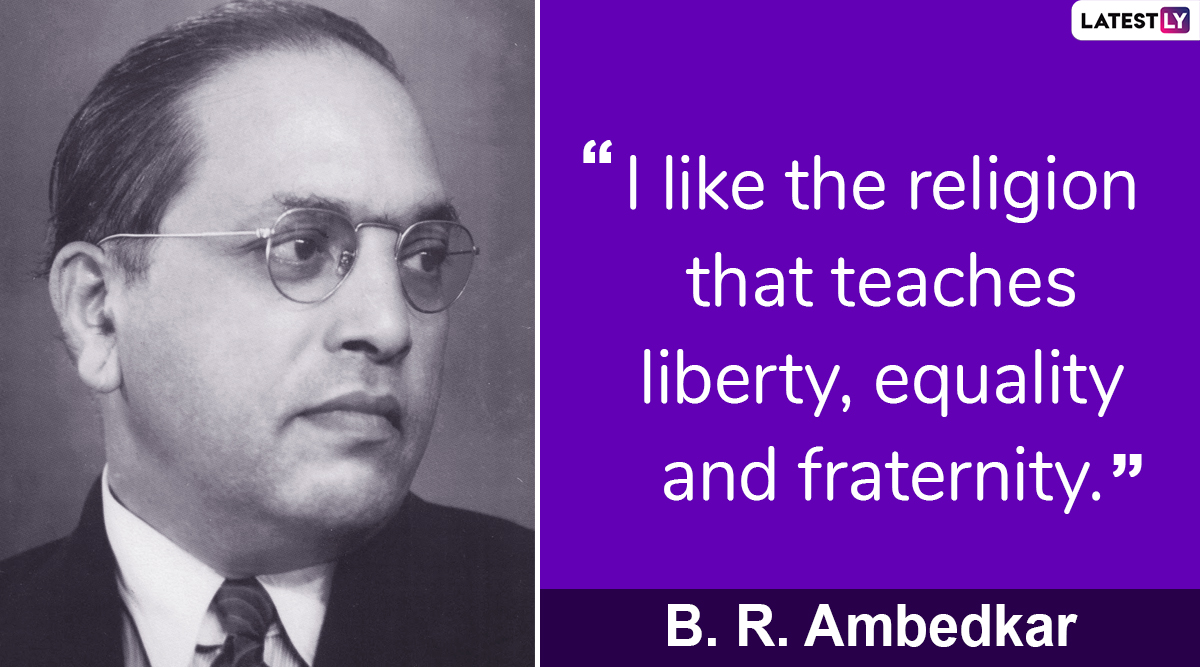 BR Ambedkar Quote: I like the religion that teaches liberty, equality and fraternity." 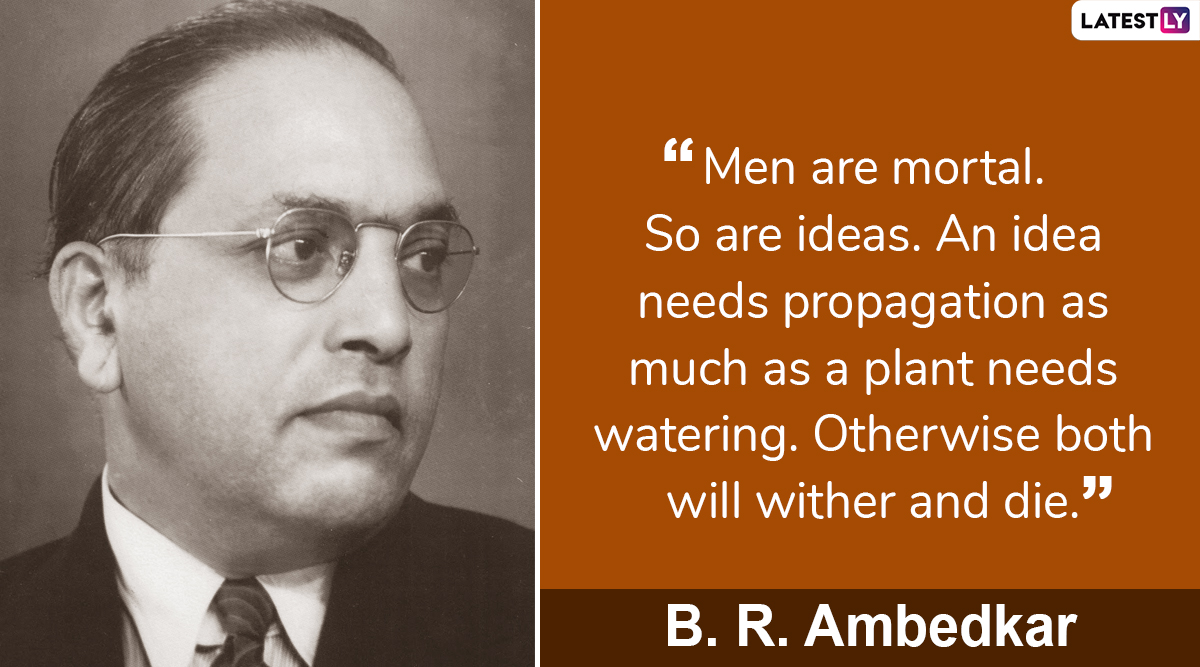 BR Ambedkar Quote: Men are mortal. So are ideas. An idea needs propagation as much as a plant needs watering. Otherwise, both will wither and die. 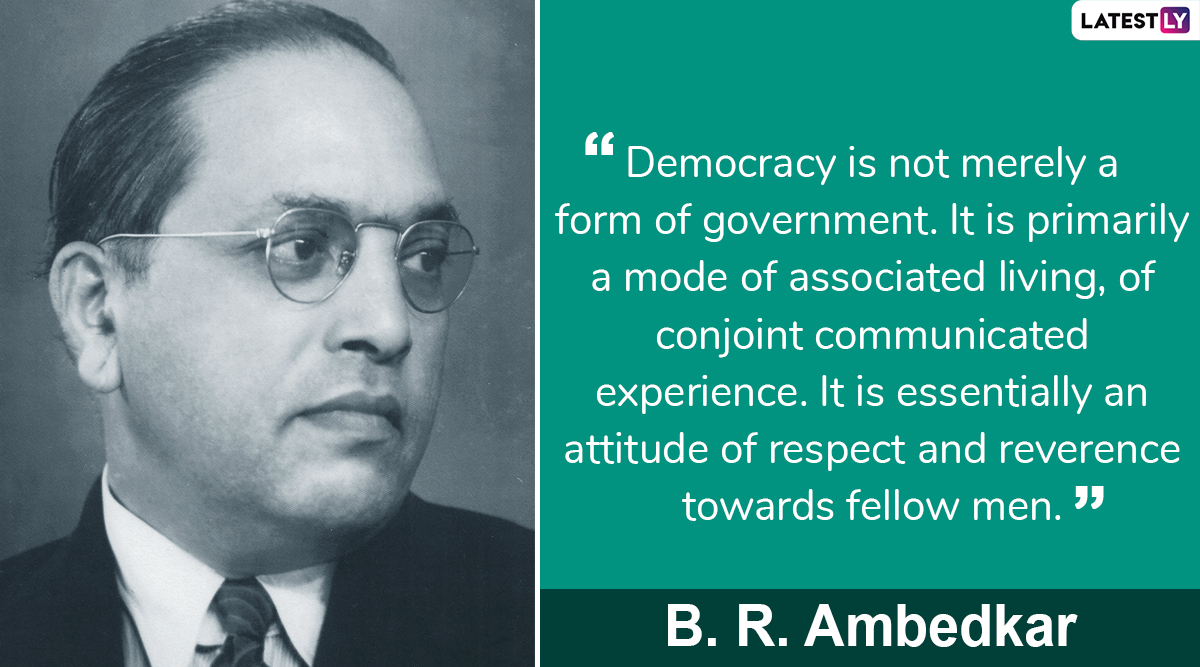 BR Ambedkar Quote: "Democracy is not merely a form of government. It is primarily a mode of associated living, of conjoint communicated experience. It is essentially an attitude of respect and reverence towards fellow men."

Ambedkar studied at University of Mumbai, Columbia University and London School of Economics. He was the first Indian to receive a doctorate in Economics abroad. He passed away on December 6, 1956, in New Delhi where he was accorded a Buddhist cremation. In 1990, the social reformer was posthumously conferred with Bharat Ratna, India's highest civilian award. Ambedkar Jayanti is observed in India when the President, Prime Minister and leaders of major political parties pay homage at the statue of Ambedkar at the Parliament.