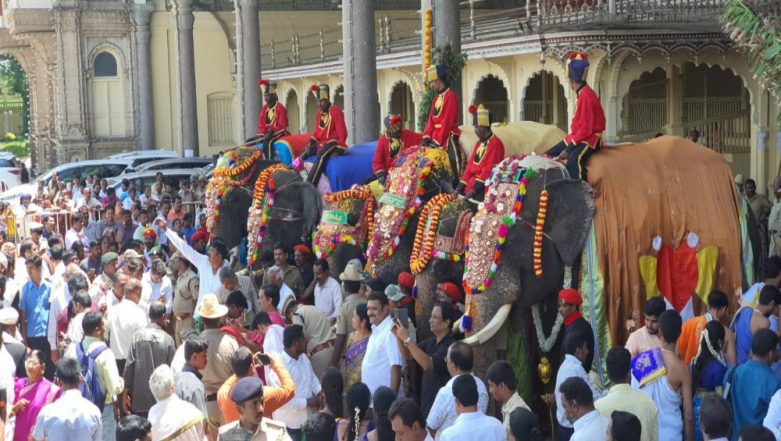 Mysuru, August 26: Elephants which will take part in the religious procession during 'Mysuru Dasara festivities' were brought to Mysore palace on Monday under high security. As per the schedule, this year the famous 'Mysuru Dasara' festival will be taking place from September 29 to October 8.

Earlier on August 22, an elephant-march was held in the Mysore city as part of ongoing preparations for city's most loved festival. Large number of residents took part in the pre-festive march which was organised with great religious fervor.

Mysuru Dasara (Dussehra) is the official state festival of Karnataka and it is celebrated for 10 days. During the festival, the city is beautified. The famous Mysuru Palace is lit up with 100,000 light bulbs, making for a stunning sight.