To mark this day we have a collection of Swami Vivekananda messages, quotes, WhatsApp stickers and greetings which you can send across to your friends and family. 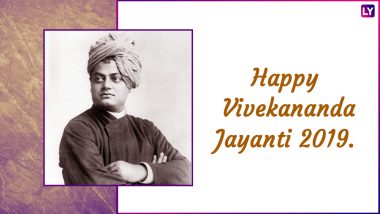 Swami Vivekananda Jayanti 2019 will be marked with several activities held in different parts of the country. There are youth conventions, speeches, seminars, yoga programmes and readings regarding the teachers of the influential teacher. He was instrumental in carrying forward the Hindu philosophy in the western world. He taught the youth a spiritual path and to continue with the teachings of his guru Ramakrishna, Swami Vivekananda founded the Belur Math, Ramakrishna Math and Ramakrishna Mission. If you have been looking for WhatsApp messages, wishes and images to send greetings on Swami Vivekananda's birth anniversary, we have a collection.  Swami Vivekananda’s Iconic 1893 Speech in Chicago: Watch Full Video & Audio of the Historic Address at the Parliament of World’s Religions. 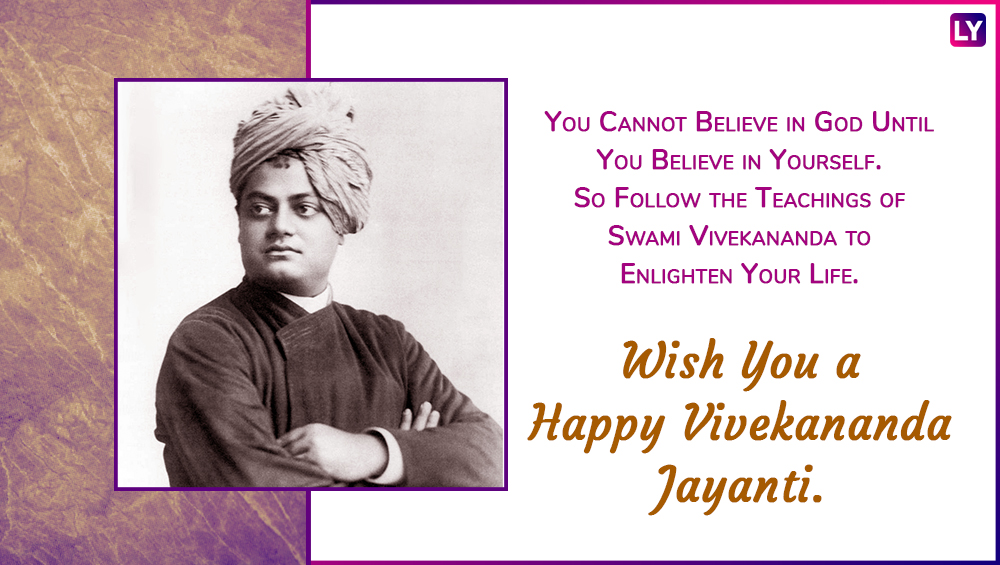 Message Reads: You Cannot Believe in God Until You Believe in Yourself. So Follow the Teachings of Swami Vivekananda to Enlighten Your Life. Wish You a Happy Vivekananda Jayanti. 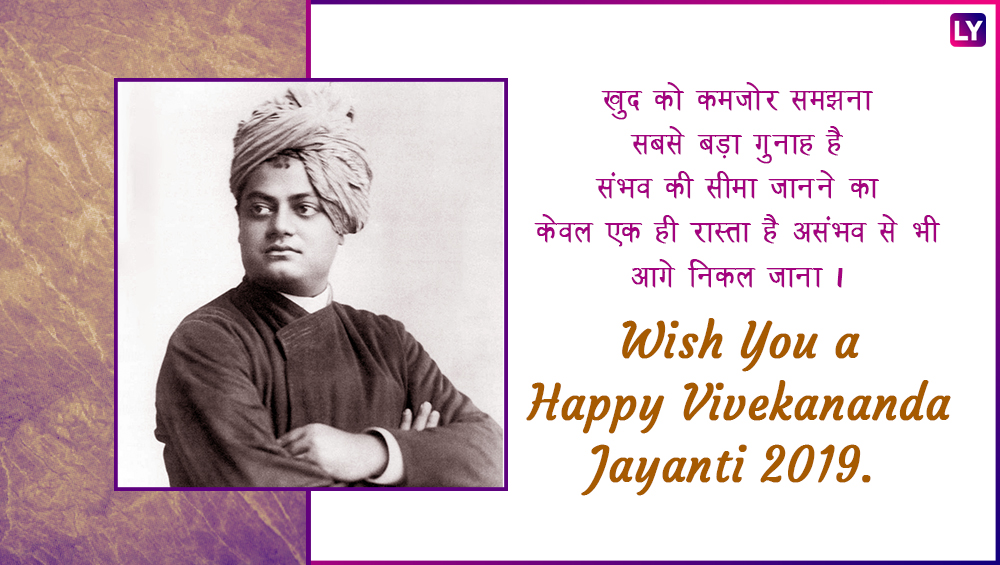 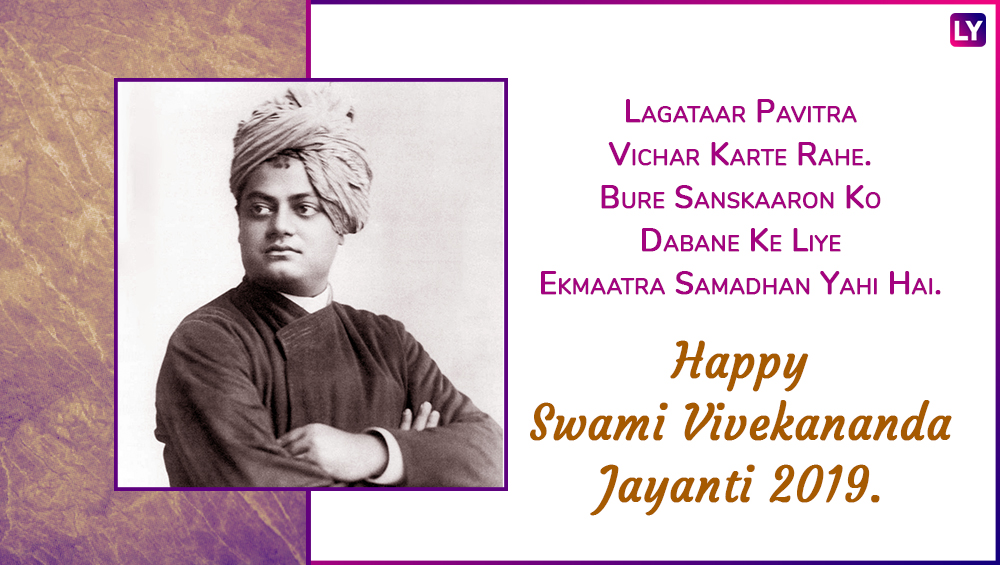 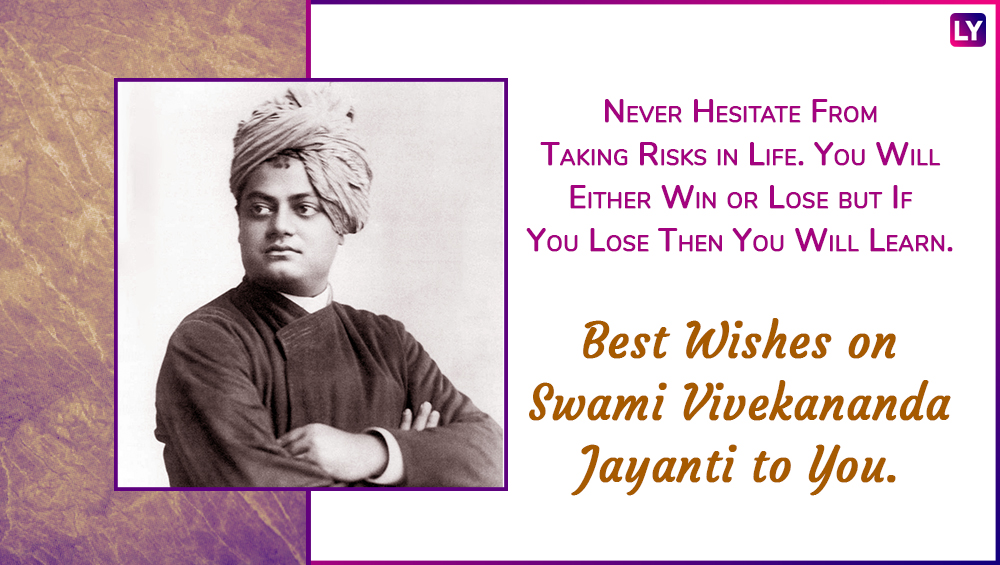 Message Reads: Never Hesitate From Taking Risks in Life. You Will Either Win or Lose but If You Lose Then You Will Learn. Best Wishes on Swami Vivekananda Jayanti to You. 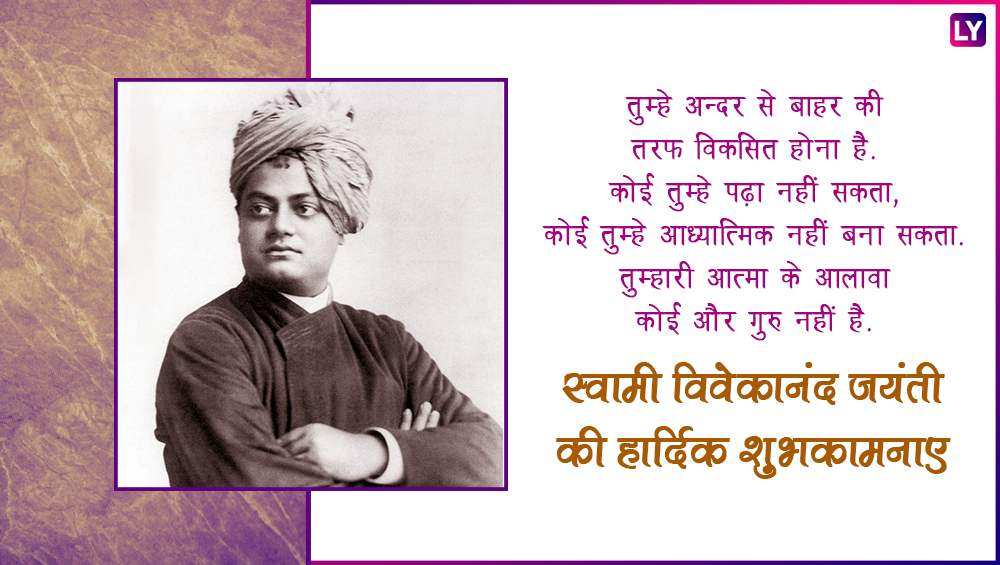 (The above story first appeared on LatestLY on Jan 11, 2019 01:10 PM IST. For more news and updates on politics, world, sports, entertainment and lifestyle, log on to our website latestly.com).