Every year, on December 12, people across the world observes Universal Health Coverage Day to call for strong, equitable health systems that leave no one behind. Here is the list of countries that provide Universal Health Care to all its citizens. 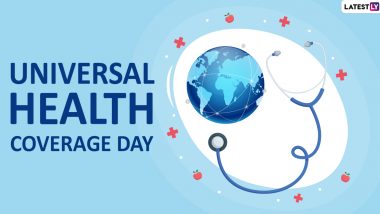 Australia: The country has a two-tier system. According to balance.com, the country’s government pays two-thirds, and the private sector pays one-third of medical requirements. Australia’s public universal system is called Medicare, and every citizen receives coverage.

Canada: The country has a single-payer system. The government pays for 70 percent of care through a private delivery system. The private supplemental insurance in the country pays for vision, dental care and prescription drugs. Hospitals are publically funded, and they provide free care to all the residents, irrespective of their ability to pay.

France: France has a two-tier system, and the country has mandated health insurance system that covers 75 percent of health care spending. In France, doctors are paid less compared to other countries, but their education and insurance are free.

United States of America: The USA has a mixture of government and private medical insurance. The government pays most of the cost, but also supports private health insurance. In the US, 60 percent of its citizens get private insurance from their employers. Again, the government medical aid pays for veterans, Congress and federal employees.

India: The health care system in India is not at all similar to any of the major countries. The private sector dominates the country’s healthcare system. Although there are various public healthcare systems such as Rajiv Gandhi Jeevandayee Arogya Yojana in Maharashtra that provides free healthcare to those below the poverty line. Majority of the Indians do not have health insurance, and they pay from their pocket for treatments.

Universal Health Coverage is a broad concept, and every country must follow a scheme, in many ways possible. While many countries have implemented health coverage in several ways, others are yet to cover the basic approach. It is important, and all the nations must have health coverage for its citizens. It is the medical right!

(The above story first appeared on LatestLY on Dec 12, 2019 10:18 AM IST. For more news and updates on politics, world, sports, entertainment and lifestyle, log on to our website latestly.com).