The Youth Mental Health Crisis, COVID-19 and One Parent’s Journey to ‘Tell My Story’ : Reports

Today, one year into the pandemic, 9.7% of the nation’s children suffer from severe major depression—a figure that is likely far higher considering that many mental health issues go untreated and undiagnosed. 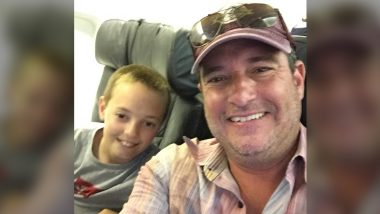 Long before the coronavirus pandemic gripped the United States, the country was already experiencing the worst public health crisis of our lifetime. Between 2017 and 2018, nearly one in five adults experienced a mental illness—an increase of more than 1.5 million people over the previous year. But as adults grapple with unprecedented mental illness rates, the crisis is striking a segment of the population long associated with the nation’s bright future: children.

In the decade between 2007 and 2018, the suicide rate among American youth ages 10 to 24 increased nearly 60%. In 2017, 17% of high schoolers had thoughts of suicide, up 25% since just 2009. And by almost every measure, the crisis is worsening, exacerbated by Covid-19’s unprecedented isolation, social media, technology and a complex mix of cultural factors that leave parents asking why. During the pandemic, youth ages 11 to 17 were more likely than any other group to experience suicidal ideation and exhibit symptoms of anxiety or depression. Today, one year into the pandemic, 9.7% of the nation’s children suffer from severe major depression—a figure that is likely far higher considering that many mental health issues go untreated and undiagnosed.

The statistics on youth mental illness are staggering and sobering. They are also lending urgency to a wider discussion on the dynamics between children and their parents. At the forefront of that dialogue is filmmaker and entrepreneur Jason Reid, whose newly released documentary Tell My Story chronicles his search for answers in the months following his teenage son’s suicide.

The Power of Parent-Child Conversations

In March 2018, Reid and his wife were away in Mexico celebrating her birthday. It was a seemingly perfect evening until they got a text message from their son, Ryan. It was 11:03 p.m., a time now burned into Reid’s memory. In the message, the teen expressed his love and his goodbye.

At age 14, Ryan—a talkative class clown with a knack for telling stories—had taken his own life in the family home. Like so many parents, Reid blamed himself. What had he missed? What could he, a proud father who had written a book on technology-free family bonding, have done differently? Was it his fault? After struggling internally with those questions, Reid went searching for answers.

In the months following Ryan's death, Reid traveled the nation, interviewing countless community leaders, doctors and other experts about the youth mental health crisis. He held candid discussions with families, diving deep into their stories and the power of listening. And ultimately, he transformed this heart-wrenching journey into the documentary Tell My Story. Released one year after the start of the Covid-19 pandemic—an event that has disrupted nearly every aspect of our children’s lives—the film embodies Reid’s determination to reach every family about the conversation they should be having with their kids.

“I’m not a psychologist. I’m not an expert. I’m a guy who lost his kid and spent the last year and a half trying to figure out why,” Reid said. “But I do know that the world is only going to change if we decide as parents that we’re going to be that person our kids want to talk to and feel safe with. If we tell our stories, have real emotional connections with our children and take ownership of their mental health, that’s when the world starts to change.”

What Parents Can Do

As mental illness and suicide increase and the pandemic rages on, parents are facing an unprecedented situation. In one recent survey, 60% of parents reported being worried about their kids’ mental health. Yet as many as 60% of youth with major depression don’t receive any treatment for their condition, and public health initiatives have failed to reverse the trend. In his sessions with parents, Reid hears two questions more than any other, each reflecting the complexity of the issue: “Is it our fault?” and “What can we do?”

“Suicide and depression had never crossed my mind until what happened to Ryan” Reid said. “As I started looking into youth mental health, I realized that this is a man-made problem. We created it and we can fix it. But we have to take ownership of our kids’ mental health.”

What does taking ownership look like? It starts with knowing the warning signs of adolescent mental illness. The National Alliance on Mental Illness provides a comprehensive list, which includes:

What can parents do if they observe these warning signs in their child? Listening is key, said Reid. Ask your child about their feelings. Understand that you can’t change those feelings—even if that’s your instinct as a parent. Then, have real, vulnerable conversations that help your child put those feelings into context, he said.

During conversations with your child, listen for statements such as “nothing matters,” “everyone would be better off without me” or other references to suicide. If your child shares any of these sentiments, take them seriously and seek professional help right away.

“When our children are physically unwell, we all take ownership of that and make sure they get the help they need,” Reid said. “We should have the same attitude when it comes to their mental health.”

If you or someone you love is having thoughts of suicide, please call the National Suicide Prevention Lifeline at 800-273-TALK. The hotline’s professionals are available to you 24/7/365.