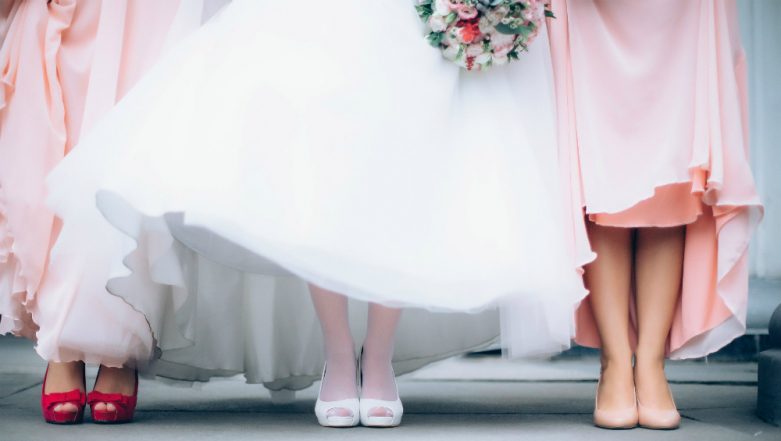 Looks like weird, unusual and crazy wedding incidents are not going to take a break anytime soon. And then there are Facebook groups that allow a platform for people to share instances from their wedding that they want even others to read. Recently, a bride took to one such Facebook group and shared what was probably the most bizarre incident that will leave you scratching your head. She shared with other group members that her university best friend drunkenly "flashed her boobs and bum" to fellow guests at her wedding reception leaving the woman red-faced. The woman, Angela shared how her big-day was completely ruined her because of her friend's inappropriate behaviour.  Bride Bans Friend from Getting Breasts Done to Be the ‘Hottest One’ at Wedding.

The bride began her post with letting others know how her university best friend was at the best of her behaviour till the evening but, "by about 7 pm on the wedding night, however, she was flashing her boobs and butt at the other guests," she wrote. The bride further said, "I didn't realise until my husband asked me to go and ask her to stop, as his mother had just seen her a******. Keep in mind we hadn't even had dinner or speeches by this stage." Bride Was Slammed for Her ‘Period-Stain’ Tampon Bridal Dress That Is Going Viral Online!

Even after confrontation, the best friend didn't accept her mistake and, in fact, began to cry, and the bride explained how the guests had to "sit and console her drunk a** instead of enjoying themselves". She also wrote awful and crude in the bride's guest book, which was a wedding gift from her friend who couldn't make it to the wedding. "I've since stopped looking at the guestbook because every time I see those pages that have been torn out, I feel so disappointed and upset," she added. The bride shared how it's been so many years and the friends haven't yet accepted her mistake.