BTS' V, aka Kim Taehyung, has surrounded quite a few controversies now, the recent one being the smoking Taehyung picture from the Grammys. The Winter bear has caught in the eye of the storm many times on the social media platform. 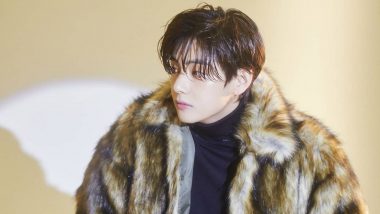 BTS is currently one of the biggest and most popular boy bands in the world. The songwriter of the K-Pop group, Kim Taehyung aka V is a global star icon.  From receiving love in massive numbers to dominating the charts,  Tae Tae has been living it up quite well. But, at times the Gucci Boy has made some controversial headlines. Recently, at the 64th Annual Grammy Awards, V was captured smoking backstage after the energetic "Butter" performance. A fan leaked his smoking pictures on social media which got him into a controversy. Some fans were okay with the fact as he is a grown-up man while others were worried about the habit. The picture soon spread like a wildfire on social media and "Smoking Taehyung" was the new viral hashtag. No doubt, smoking has been glamorised in the entertainment industry for a very long time but the activity is prohibited in South Korean culture. Kim has a different history related to rumours, malicious allegations and comments. Pics of BTS' V aka Kim Taehyung SMOKING at Grammys 2022 Goes Viral, ARMY Baffled, Internet Divided!

kim taehyung smoking after the performance. from juuling to real cigarette good luck with your health please dont come near the boys when you are smoking! pic.twitter.com/OjmYJzyfxe

The image sparked rumors that V (BTS) is dating the daughter of the president of Paradise Group. "It's pathetic. I want to sing UGH! so much". pic.twitter.com/pPPtrGQRB6

The rumour about Tae Tae dating the daughter of South Korea’s Paradise Group president was very popular. As per the reports, it all started after he was spotted with her at the VVIP preview event for the Korea International Art Fair (KIAF) 2021 opening.

No matter where they are going, we can expect to see Koreans well dressed, every time without fail. Bold colours are not reserved for casual menswear, and they should be well-groomed. Kim's shirtless snap and videos on Instagram and Twitter got mixed reactions from social media users. It was eye candy for some, but it was like a breach of Korean culture for others. After the incident, ARMY was furious when a user on YouTube made derogatory statements about the singer, V. The Youtuber accused Kim of being intoxicated and "making trouble" by uploading a shirtless photo of himself.

The Winter bear has caught the eye of the storm many times on the social media platform. As the level of fame comes at its price, with the cost being some significant controversies.

(The above story first appeared on LatestLY on Apr 05, 2022 12:44 PM IST. For more news and updates on politics, world, sports, entertainment and lifestyle, log on to our website latestly.com).