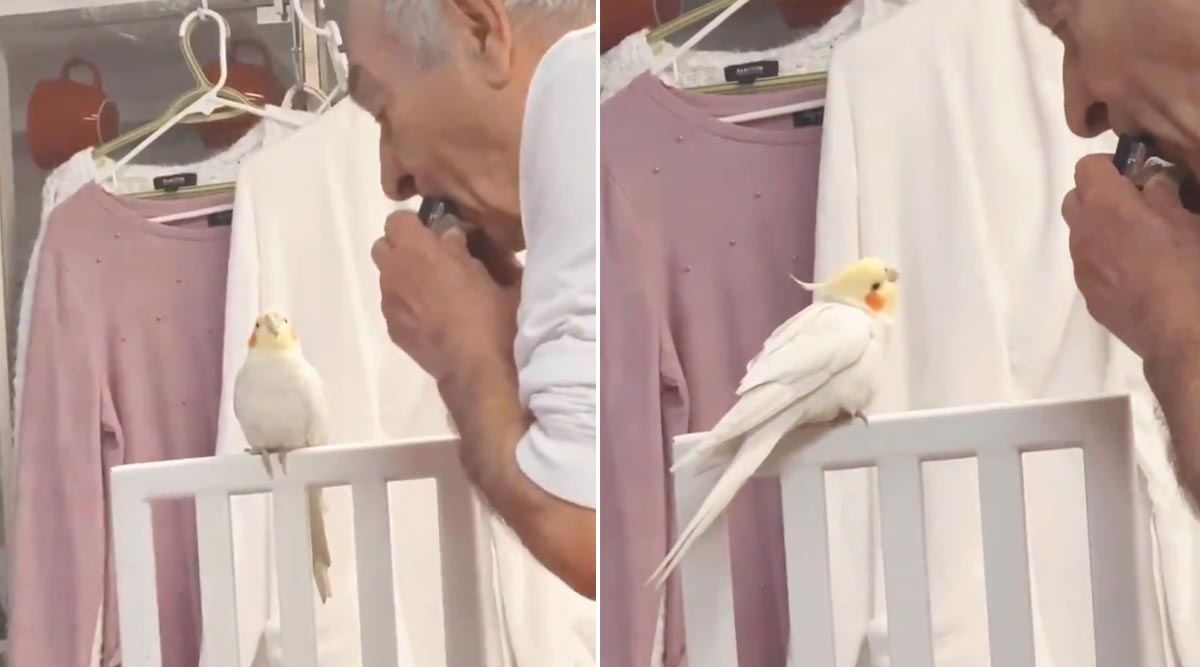 Time and again, the internet proves that it can also be a fun place to kill boredom. We have been blessed with many viral moments that are adorable enough to enthral us. One such clip has emerged on social media to delight us. A grandfather, playing the harmonica to his granddaughter’s pet bird, a cockatiel. It is absolutely endearing to see the grandpa, playing the instrument and also giving the bird a fair chance, as it happily whistles along with the music. Ever since uploaded on Twitter, the clip managed to win netizens’ hearts, as it gained over two million views and the count does not seem to end soon. Parrot Dancing and Whistling on ‘Aankh Marey’ Is the Best Thing You Will See on the Internet Today.

The video is shared by Twitter user @_sugarbones. She is an artist from Hamilton, Ontario, Canadian Province. It appears that the grandfather was not very much interested in his granddaughter’s pet. As the video was captioned as, “my grandpa: don’t bring the bird over. also my grandpa,” while sharing what happened once the bird was brought over. The pair enjoyed the sound of music together. The cockatiel is named Peachy, which is perched on the back of a white chair. The man can be seen playing a song on the instrument, pausing every time to allow the bird, whistle to accompany the music. Parrot Head-Banging to DJ Music.

my grandpa: don’t bring the bird over

The clip is too adorable to give a miss. It can carry all your blues away. Comments surfaced for the video, with people cheering the beautiful relationship. Although the grandfather may not intend to bond initially, they sure make an inseparable pair.