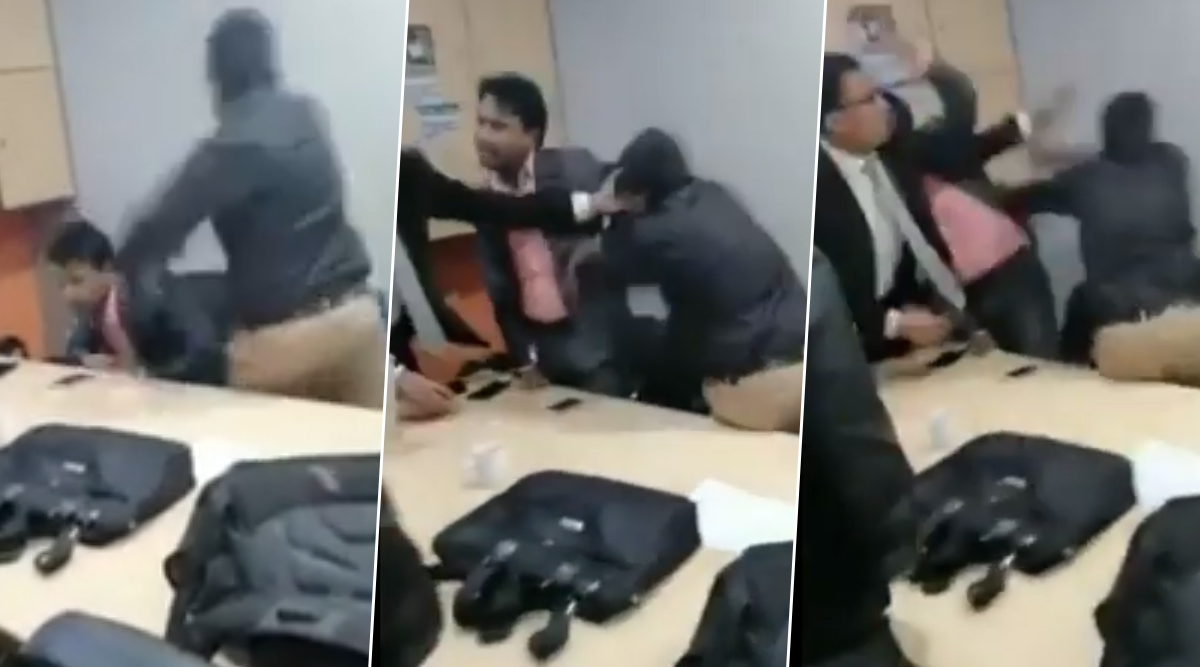 Politics, conflicts, differences of opinions are not new in the corporate world. Especially when the competition at workplaces is getting tougher, it is difficult to stay ahead in the line. Everyone wants to outperform the other and impress their managers, but it comes with a lot of pressure and workload. It's not just the employees who are stressed, but the bosses also face a tough time. In such a high-pressure situation, one is bound to lose their cool. In a video doing rounds on Twitter, a man is seen beating his superiors and colleagues when asked "Justification Chahiye." The video has gone viral in no time and several Twitter users retweeted the video.

The short clip shows a man in a black shirt hitting in what seems to be his boss. The man, while beating his colleague, can be heard shouting "justification chahiye, justification chahiye" repeatedly. India Ranks 5th Among Countries with Corporate Commitments to Science-Based Targets: Report

People Want to Send it to Their Boss

Will send this to my boss.

Though the content in the video is somewhat disturbing and encouraging of violence, many Twitter users had a good laugh about it as they could relate to the frustration shown in the video by the employee. But a few voices also raised concerns about the corporate culture that encourages such flare-ups.

I am sorry no. This isn't meme material by any stretch. This is just a horrible set of corporate culture that has always existed behind doors and people have let them be.

We cannot condone this. My heart goes out to the man who is perhaps a huge victim of circumstances & system https://t.co/4NYyovsm27

It is not clear when and where the video was shot, but it has surely struck a chord with netizens. The video is only getting more retweets and likes with every passing minute. Perhaps, it says more about those retweeting the video than about the video itself.