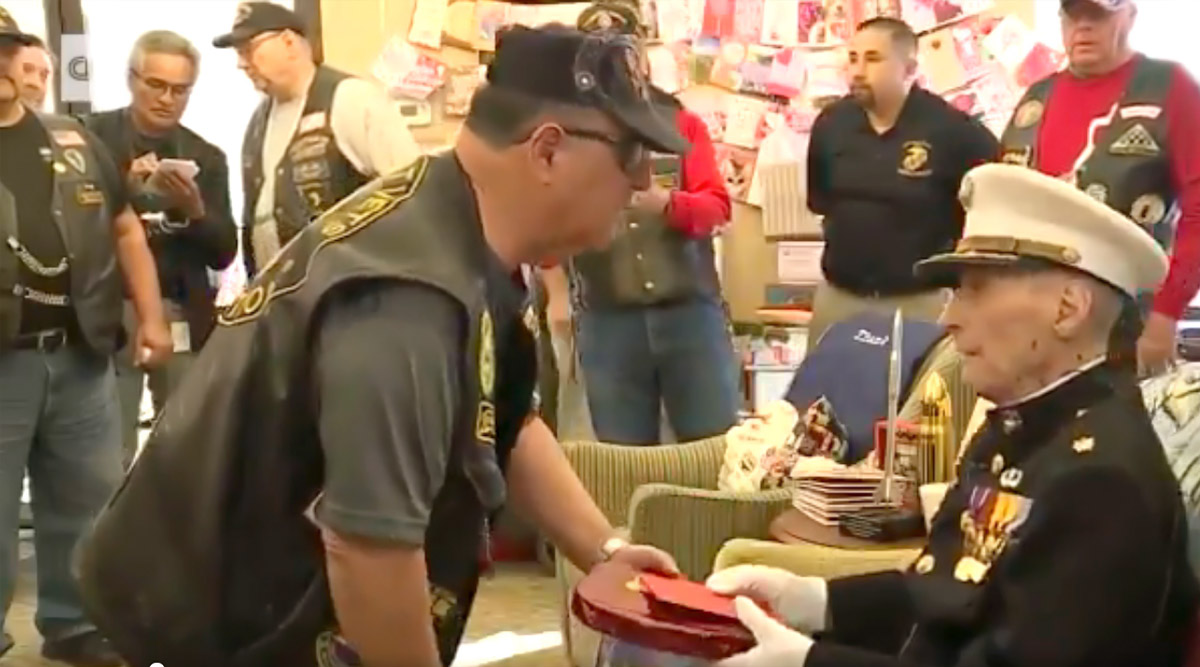 The day of love, Valentine’s Day is celebrated every year on February 14. And each year, we come across stories that melt our heart or rebuilt our faith in love. While you must have enjoyed your date this Valentine’s Day, there is Major Bill White, 104-year-old World War II veteran who received not one but over 300,000 love letters. William White is fondly known as Major White, never celebrated Valentine’s Day. Even when his wife was alive, he said that they never exchanged cards. So, he asked people around the world to send him some Valentine’s Day cards of love. He was shocked and so are we, to see the number of love letters he has been receiving and they is still coming in. This is one of the cutest stories; you may have ever come across. The viral video showing the veteran receiving V-Day cards and love letters have taken over the internet. WWII US Army Veteran Reunites With French Lover After 75 Years.

According to media reports, Major White was awarded a Purple Heart after he fought at Iwo Jima during World War II. He served a total of 35 years of active duty. He lives at an assisted living facility in Stockton, California, where he is a beloved member of the retirement community. He has collected objects and photos from events and has filled them into scrapbooks that sit on a bookshelf organised by year. But he never had any memories related to the highly anticipated Valentine’s Day. One of his admirers, a fellow resident, launched a social media campaign called, “Operation Valentine,” expecting to get at least 100 mailed. Ray Woolley, World’s Oldest Scuba Diver Breaks Own Record on 96th Birthday; World War II Veteran Plunges to Depth of 42.4 Metres for 48 Minutes.

Major White was stunned to see such an overwhelming response to his request. He received more than 30,000, and the cards keep coming. He also noticed that a lot of them were from military families.

Major White has a lot of cards left to read now. He surely should not have any problem keeping busy for a while. It is surely one of the best videos that have surfaced on social media amid the celebrations of Valentine’s Day.