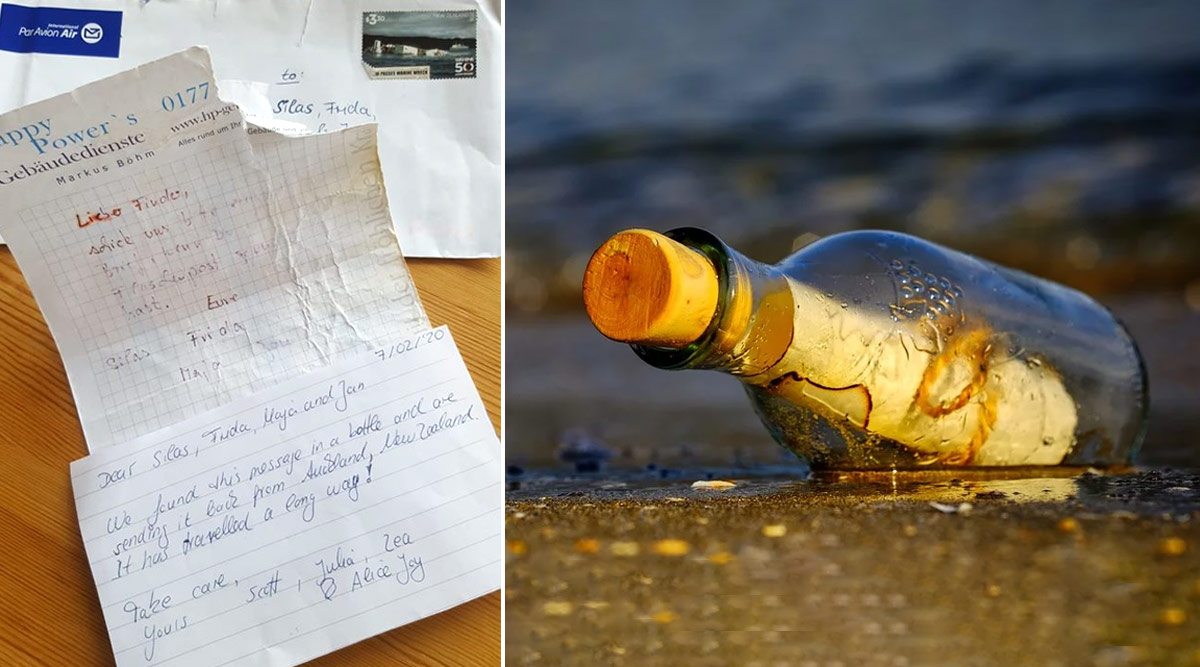 People have been putting messages in bottles for much longer than a century. There are many romantic and surprising stories of sending messages across the sea. And if you get a response of your floating note, the excitement is sky high! Such is the moment of joy for a family from the German city of Bonn. The letter owner, Julia Gogos and her children threw their message in a bottle reportedly into the Rhine River in Germany about seven years ago. They hoped to get a response someday, like most of us, but never expected the reply would come from the other side of the world. The family’s floating note was well received, and they got a response from Auckland, New Zealand. Oldest Message in a Bottle Found in Australia, Other Such Interesting Message Mysteries Discovered Around the World.

What are the odds of getting a response of your float note? Almost never! But Gogos not just received a reply but what made it more precious that it floated back from such far. “I never thought it would go that far,” Gogos was quoted as saying in ABC News. According to the report, she sent the original letter in 2012 or 2013 after receiving a glass bottle as a present. At the time, she thought it would be perfect for sending away a floating note. She and her children, Silas and Maja along with her friend’s children, wrote. “Please send us a message when you find our message in a bottle.” Woman With Cancer Who Found Inspiring Message in a Bottle at North Entrance Beach Trying to Track the 5-Year-Old Who Wrote It.

Now the family is looking for those who discovered their message in a bottle. Christian Gogos, the father of the family, took to Facebook sharing this remarkable moment. The respond came with a short message, “We found this message in a bottle and are sending it back from Auckland, New Zealand. It has travelled a long way! Take care.” Unfortunately, the finder did not leave any contact details, but four names—Scott, Julia, Lea and Alice Joy.

It is really surprising to get a response from this far. We hope that the Gogos family can track the finder and they can discover more details about their message in a bottle.