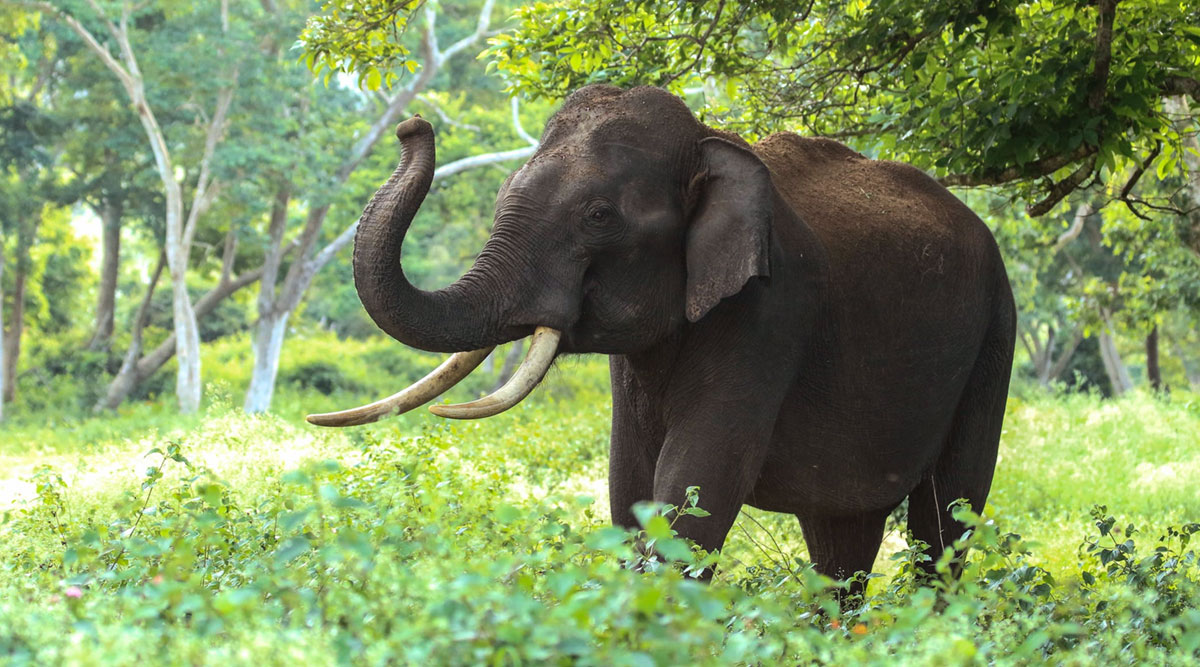 An adult male elephant who was apparently desperate to mate has crushed its keeper in front of horrified tourists at China’s Changsha Ecological Zoo. The shocking incident was captured on camera, the video of which has been shared on Chinese social media site, Weibo. The Asian elephant was identified as a 56-year-old Ai A, who reportedly turned on his handler after his sexual arousal made him hyper-aggressive. It took five other handlers to calm the giant animal, who is otherwise known for his ‘gentle’ temperament. Reports added that the man was immediately taken to the hospital but could not survive the severe injury caused in the fatal incident. Wild Tuskers Kill 5 and Injured Over Dozen in 'Close Encounters' with Villagers.

Ai A has reportedly been living at the Zoo for ten years, before the incident and has a ‘gentle’ temperament. It was waiting to enter the performance venue when it launched the assault on the handler, who is identified only as Bu. Five other keepers tried to calm the hormone-driven animal. The victim was pronounced dead by doctors at the hospital after emergency treatment failed. Sexually-Charged Elephant Tramples and Kills Safari Ranger at South African Game Lodge.

The tragic moment was captured by a tourist present at the Zoo. The video shows three elephants, including Ai A dragging a man along the ground with its tusks before appearing to step on him. One of the eyewitnesses is heard yelling, “gone, gone,” possibly indicating the man could be dead, while others appeared horrified. You can watch the video, by clicking here.

Experts at the Zoo stated that Ai A was “in musth,” a stage when testosterone soars and males become desperate to mate. At this stage, they get more aggressive and even fights with other male elephants to compete for partners. Zoo authorities reportedly vowed to prevent similar tragedies in future. The Zoo keeps a total of six Asian elephants, which are trained to perform circuses including giving massages, kicking a football and spinning hula hoops.