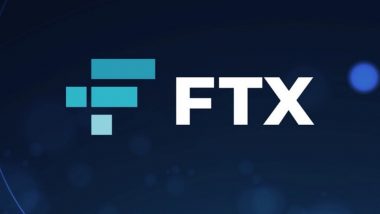 Cryptocurrencies were touted to be the future of the way we pay. But the past few months have seen most of the industry crumble and take millions of investors with them. And in the forefront of this downfall is a cryptocurrency exchange marketplace which was verified, trusted and once considered safe  — FTX. Once known as the “King of Crypto”, Sam Bankman-Fried, the CEO of FTX, has not only driven his 16 billion dollars to the ground but resigned and declared that the second largest Crypto-exchange platform  — FTX is bankrupt. What followed this shocking revelation, where people lost millions, was an array of rumours of sex orgies, nepotism, luxury penthouses in the Bahamas and grand theft. Well, here’s a breakdown of all the drama behind FTX’s Bankruptcy claim. FTX Bankruptcy: What’s Happening at Bankrupt Crypto Exchange FTX? Is Your Bitcoin Safe? Here’s All You Need To Know.

The story of FTX's downfall is believed to stem from a group of 10 people including CEO Sam Bankman-Fried, who functioned out of a luxury Penthouse in the Bahamas. All 10 people who ran FTX knew Sam from either prior work at Jane Street or were college mates from MIT (Massachusetts Institute of Technology). 30-year-old Bankman-Fried is roommates with the inner circle who ran his now-struggling crypto exchange FTX and trading giant Alameda Research. They were all rumoured to be paired up romantically in the past, including Alameda CEO Caroline Ellison, whose firm played a central role in the company’s collapse  — and who, at times, has dated Bankman-Fried, according to people familiar with the matter. This revelation has led to a flood of conversations about the sex orgies that went behind the operation of FTX, from the Bahamas Penthouse.

Employees of FTX had little to no knowledge about what transpired in the penthouse or with their CEO. However, reports suggest that there is a $663 million outflow of money at FTX, which is a combination of the company's own movement of coins and alleged theft. Many employees only learnt about the news of the company’s downfall when the CEO of Binance  — the biggest cryptocurrency marketplace  — announced its takeover of FTX. This was followed by Bankman-Fried’s confirmation to the employees one week after the news broke, highlighting the lack of communication and increased confusion that everyone involved in FTX faced. According to media reports, many employees had also put their life savings into FTX. According to news reports, the deal with Binance fell apart hours after it was announced as well.

1/ Statement from John Ray, Chief Restructuring Officer and CEO of @FTX_Official — Consistent with their obligations as Chapter 11 Debtors-in-Possession, FTX US and FTX [dot] com continue to make every effort to secure all assets, wherever located.

Various analysts have extrapolated that FTX has stolen anywhere from $338 million to $477 million. Out of this, $192 million is in one Ethereum address, which is sending small amounts of the Ethereum-based token, with little to zero value, to Ethereum inventor Vitalik Buterin and Ukrainian cryptocurrency fundraiser accounts, mostly to throw law enforcement off its back. While experts believe that the traceability of cryptocurrency will make it easier to track the money and know where it went, the uncertainties surrounding FTX are only growing.

This, combined with the fall of various cryptocurrency rates across the world, has made people introspect if the new age investment was short-lived or where the future of cryptocurrency is headed.

(The above story first appeared on LatestLY on Nov 16, 2022 05:51 PM IST. For more news and updates on politics, world, sports, entertainment and lifestyle, log on to our website latestly.com).