TikTok User Gets Trapped Under Sheet of Ice in Frozen Bear Lake While Making a Video; Almost Dies (Watch Video) 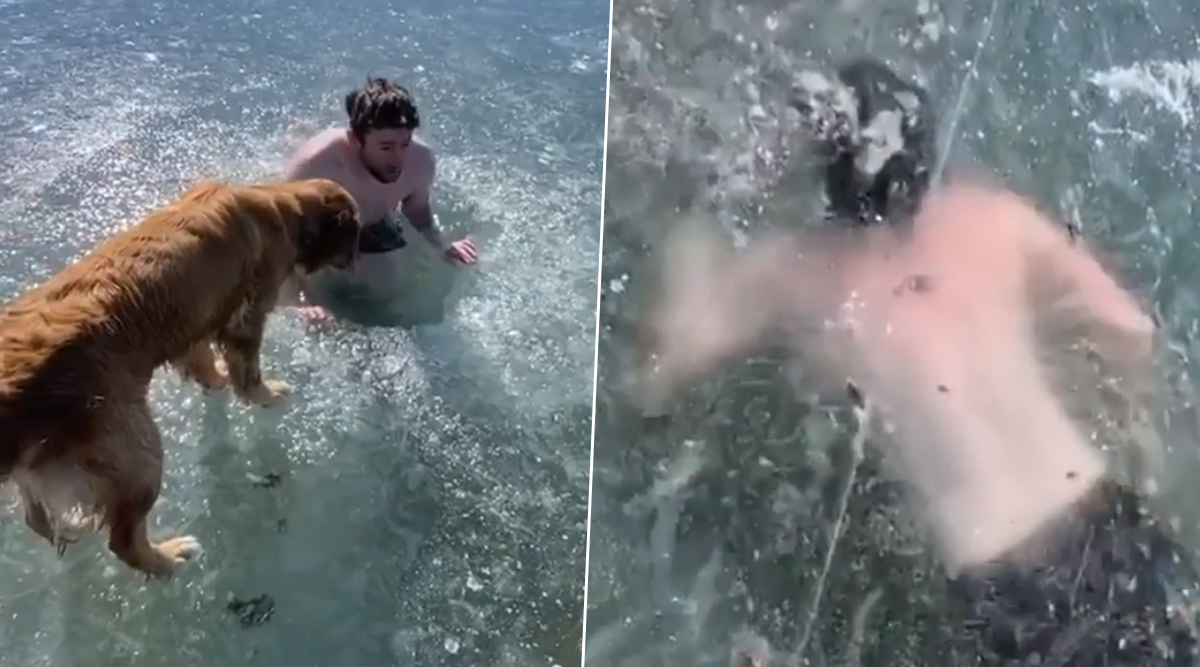 A TikTok user named Jason Clark had a near-death experience when he was attempting to make a video. Clark who has more than four lakh followers on the platform was attempting to swim under the Idaho-Utah frozen lake. His girlfriend Abby Mcdonald was accompanying him but she did not realise that he was really stuck under there.  Their pet dog was also along with them. Clark dipped into the ice-cold water wearing just shorts and as he began swimming, he couldn't find how to come up. In a detailed post on Instagram, the TikTok star explained what had happened and mentioned he might've just died. The video clip and post are going viral now, getting acknowledgements from celebrities too. Looking For Perfect Instagram Picture? Model Gets Shark Bites While Photoshoot.

Clark wanted to document himself swimming under a sheet of ice. A video of him attempting the stunt has been captured, but he looks so terrified at the end of it. While he started off well, things did not go as planned as he became breathless and could not see the hole to get out. In the video, he is seen trying to break the ice with his back but that really didn't help. He somehow turned back and and figured out the point from where he had to get up. He got up, but could not see around and the video clearly shows how shocked he was. In the caption, he mentions, "I was so short on breath I couldn’t really see anymore. I had accepted that was it and I wasn’t going to make it." His girlfriend who was filming the video thought Clark was making a prank and did not realise the severity of the situation. Travel Influencer Couple Kelly and Kody Slammed for ‘Dangerous’ Cliff-Hanging Photo on Instagram!

Watch Jason Clark's Video of Swimming Under Sheet of Ice:

The video has crossed over 1.6 lakh views and several people commented that he was indeed lucky to have got out safe. Some called him stupid for trying out something like this. The video was shared by Will Smith too. However, this experience did not stop Clark from giving up. He tried it again the second time and did it successfully.

This time as a precautionary measure, he made a bigger hole, almost like a pit so that he could get out easily. Both of his videos are going viral. But it is really scary to have tried something like this.