Video of Specially-Abled Boy Sprinting on Hands And Knees to Complete Run Wins Hearts, Twitterati Salute His Passion For Cricket 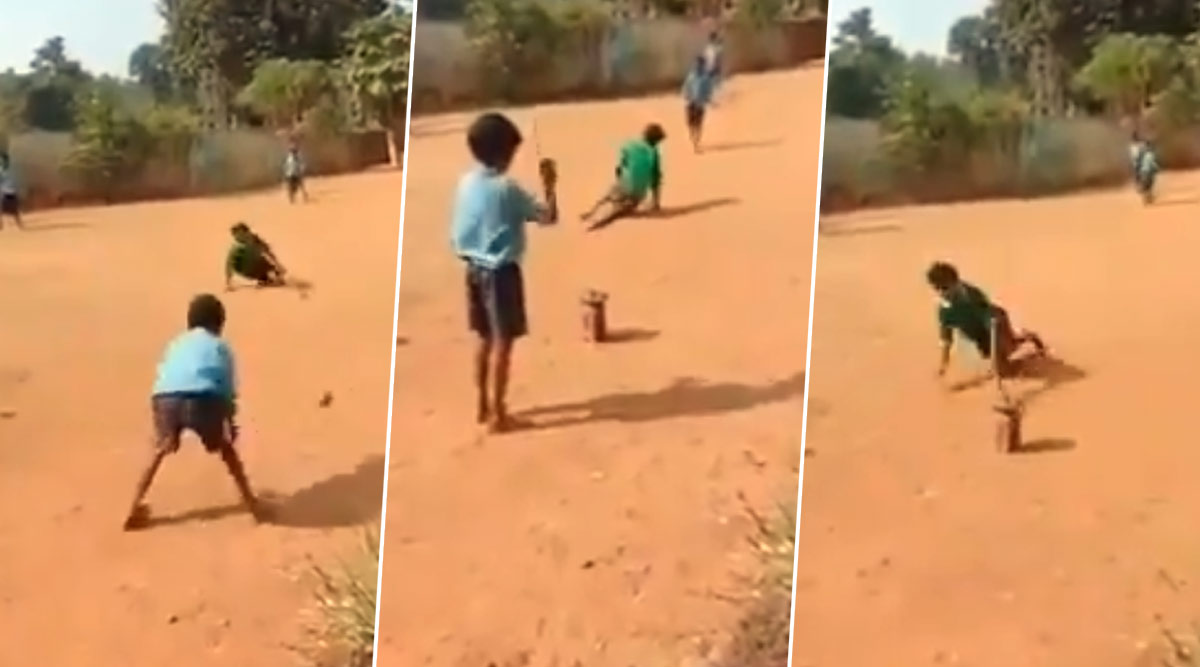 Mumbai, December 26: It is no hidden fact that Indians love cricket and that the sport is one of the uniting factors in the nation. The love for the sport is such that people break into a game of cricket as soon as they get time, irrespective of age and place. One of the favourite pastimes of school children is indulging in a match of cricket and kids playing the game on maidans. However, a video of school kids playing cricket doing rounds on social media has grabbed the attention of netizens for the sheer determination of a specially-abled child playing the game with passion under the scorching sun and sprinting using his hands and knees to play and complete runs. Differently-abled Senior Citizen Builds E-Bikes out of Old Electronic Parts in Gujarat.

The video shows few kids, probably school children (as they are in uniform) enjoying a match. But the most striking feature about the video is that a specially-abled boy is seen batting and running between the wickets by using only his hands and knees as he can't walk. However, not the one to be discouraged, the boy not only completed his runs but did so with equal passion and speed as the other boys. Specially-abled Players Are Warriors, Says Deepa Malik.

Left me speechless! #DeterminedMind A must watch to all those who love cricket and even those who don't like it. Got to see this in FB, would love to know the details of this boy. @CSKFansOfficial @Whistlepodu4Csk pic.twitter.com/kM0SWACrKl

The above tweet got a number of likes and retweets. Netizens could not stop themselves from commenting on the video. While many users praised the boy for his passion and courage, several others appreciated the boys for playing without any inhibitions.

Amazing stuff. The young boy is so determined and what’s more touching is that the other kids have included him as an equal. So much to learn for all the grown ups.

This is amazing. The sheer passion for the game and the fact that others have accepted him as an equal speaks volumes about their heart !!!

The video has surely touched hearts and has successfully managed to motivate people. Going by the sheer retweets and comments it has garnered, it is obvious that there are few things that can match the power of passion and perseverance. Netizens and Twitter users expressed their desire to know more about the boy. Sudha Ramen, the user who shared the video said that it was circulated on Facebook first. Going by what happened with Sachin Tendulkar when he wished to find the waiter whose advised had helped the little master, it is possible that we get to know about the boy in the video. After all, the video proves nothing's impossible.