Heart of Stone is an upcoming spy thriller starring Gal Gadot and will release on Netlfix. The movie also stars Alia Bhatt and Jamie Dornan in key roles. Check out the full story.

Alia Bhatt who is currently in London for the shooting of her Hollywood debut film Heart of Stone is sharing every deets about the same on social media. Keeping up with the ritual, on May 30, the actress gave a glimpse of her food and proved she's desi at heart as she enjoyed a plate full of 'Dal Chawal'. Heart of Stone: Alia Bhatt Feels Like a ‘Newcomer’ as She Heads Off to Her Hollywood Debut Film’s Shoot Co-Starring Gal Gadot (View Pic). 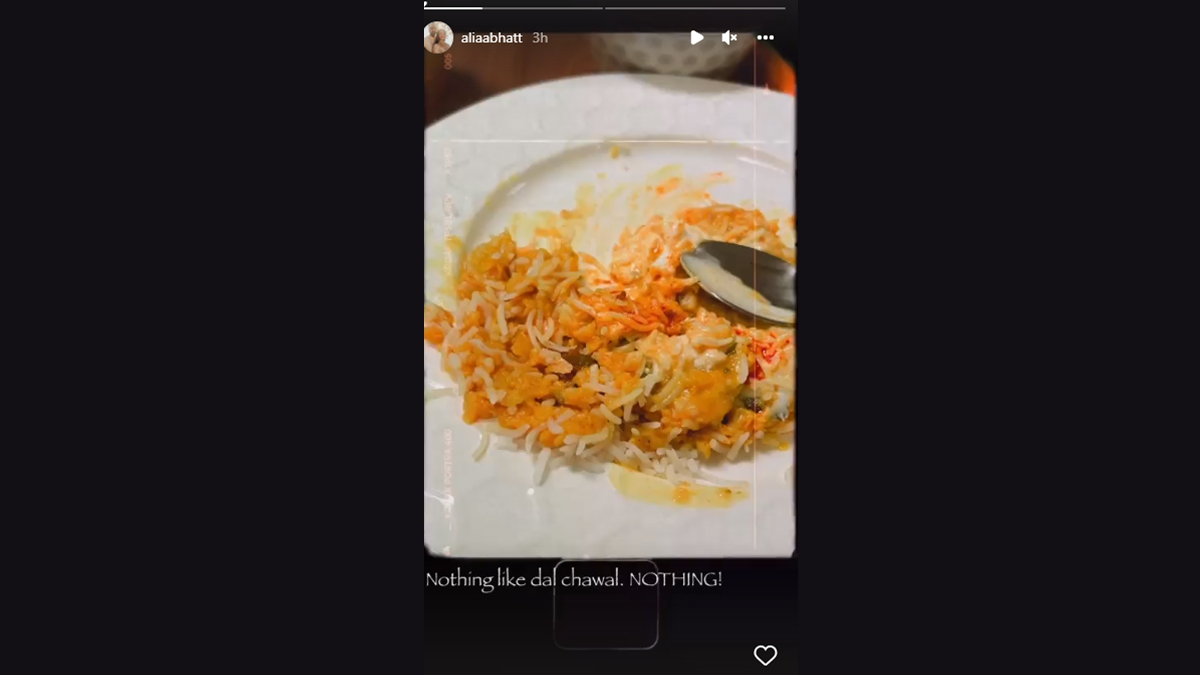