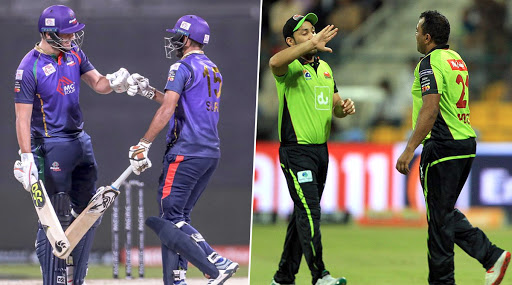 Bangla Tigers will take on Qalandars in the third-place playoff match of the Abu Dhabi T10 League 2019. This match will be played at the Sheikh Zayed Stadium on November 24, 2019 at 07:15 pm IST (Indian Standard Time). Bangla Tigers lost to Deccan Gladiators in the eliminator, while Qalandars were defeated by Maratha Arabians and Deccan Gladiators in Qualifier 1 and Qualifier 2 respectively. Even though the stakes are not high, both teams will be looking for a win to end the competition on a positive note. Fans searching for live streaming and live telecast of Bangla Tigers vs Qalandars match in T10 League can scroll down below for more details. Bangla Tigers vs Qalandars Dream 11 Team Prediction: Tips to Pick Best All-Rounders, Batsmen, Bowlers & Wicket-Keepers For BAT vs QAL Abu Dhabi T10 League 2019 3rd Place Play-Off Match.

Both the teams’ performed admirably in the tournament but were unable to make it into the final stages. Bangla Tigers are led by Sri Lankan Powerhouse while Qalandars are under the leadership of Dawid Malan. All the eyes will be on English bowler Chris Jordan who took six wickets in his four overs across the two matches yesterday. The Qalandars put on a disappointing batting performance so Dawid Malan and company will be looking to make amends this time out.

Bangla Tigers vs Qalandars will begin at 07:15 PM IST (Indian Standard Time). BAT vs QAL will be played at the Sheikh Zayed Cricket Stadium in Abu Dhabi, United Arab Emirates.

Fans can catch the live action of Bangla Tigers vs Qalandars match in Abu Dhabi T10 league 2019 on Sony Pictures Networks India channels. Sony Pictures Network (SPN) is the official broadcaster of Abu Dhabi T10 League in India and will be live telecasting the matches. Viewers can tune into Sony Six and Sony Ten 3 channels to catch the BAT vs QAL game live on television.

SonyLiv, the official online media streaming outlet of Sony Network, will be live streaming the Bangla Tigers vs Qalandars, encounter online for its fans in India. Fans can either download the app or log in to sonyliv.com to enjoy BAT vs QAL live action.

Rilee Rossouw has been in great touch in recent matches for the Bangla Tigers. The South African has the ability to dominate any bowling attack in the world, with his skills at the top and Mujeeb’s absence, the Qalandars bowlers could struggle to contain him.