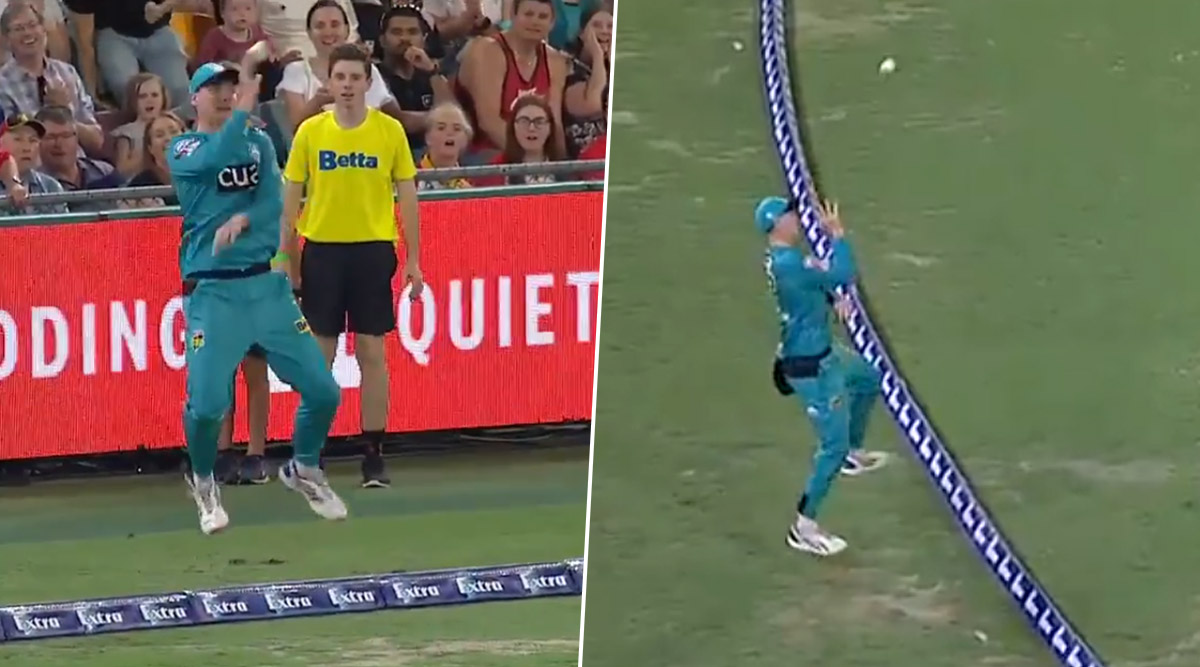 Brisbane, January 9: A brilliant effort on the boundary line by Australian cricketer Matthew Renshaw in the Big Bash League (BBL) at the Gabba on Thursday left umpires and fans bemused as the laws of the game had to be looked into before the batsman was given out in a game between Hobart Hurricanes and Brisbane Heat. Renshaw took the catch at wide long-on from Hobart Hurricanes opener Matthew Wade, but proceeded to throw the ball in the air while still in the field of play. The ball then travelled over the boundary, which meant Renshaw was forced to as well if he wanted to keep the chances of the wicket alive.

Having exited the field of play, Renshaw then jumped and - while mid-air - batted the ball to fellow boundary rider Tom Banton, who caught it within the field of play, as per Cricket Australia's official website. Renshaw benefited from an unusual change to the laws of cricket some six years ago which forced Wade to walk towards the pavilion as he was given out after the umpires convened. BBL 2019–20: 5-Year-Old Boy Suffering From Brain Cancer Flips Bat During Brisbane Heat vs Hobart Hurricanes Clash (Watch Video).

This is genuinely blowing our mind. After all that, Matthew Wade is GONE!

"I had no idea of the rule really -- once he hit outside the field of play I didn't know if he was allowed to touch the ball or not," Wade told Channel 7 as quoted by www.cricket.com.au. "Umpires said he was, and once they told me he was allowed to (go) outside the field of play and tap it back in, I knew I was out. It was pretty good work, I'm not sure he would've been able to have done that a few years ago."