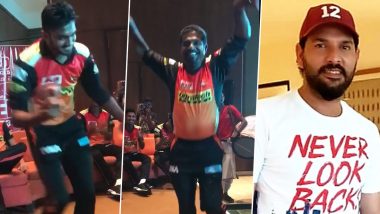 Swashbuckling Australian opener David Warner has been very active on social media ever since the cricket activities came to a halt due to the COVID-19 break. Apart from sharing intriguing TikTok videos, the southpaw also relishes his old memories by sharing throwback photos and videos. Warner recently took to Instagram again and shared a hilarious video from Indian Premier League. In the clip, Sunrisers Hyderabad’s (SRH) bowling Coach Muttiah Muralitharan and all-rounder Vijay Shankar can be seen dancing in a hilarious manner. The antics of the two cricket stars bagged a lot of attention. However, former India and SRH all-rounder made a special request when he came across the post. David Warner Requests Yuzvendra Chahal to Make Duet Video on TikTok With Him.

“Name these two dancers???? #throwback @sunrisershyd,” wrote SRH captain David Warner while sharing the throwback video on Instagram. In the clip, Muralitharan can be seen dancing with an incense burner as he tries to replicate a traditional folk dance. After giving a try, he passed the baton to Shankar who did reasonably well. Fans were nothing but delighted by seeing the other side of the cricket stars. Have a look. Yuvraj Singh Trolls Kevin Pietersen With ‘Manchester United Best Club in World’ Jibe.

While maximum fans concentrated on the antics of Muralitharan and Shankar, Yuvraj Singh noticed the reaction of former India and SRH teammate Ashish Nehra. After completing his dance performance, Shankar approached Nehra to shake his legs too. However, the former left-arm-pacer completely denied the request. Nevertheless, Yuvraj expressed his desire to see Nehra on the floor. “Would love to see ashu (Ashish Nehra) dance,” he commented on the video. 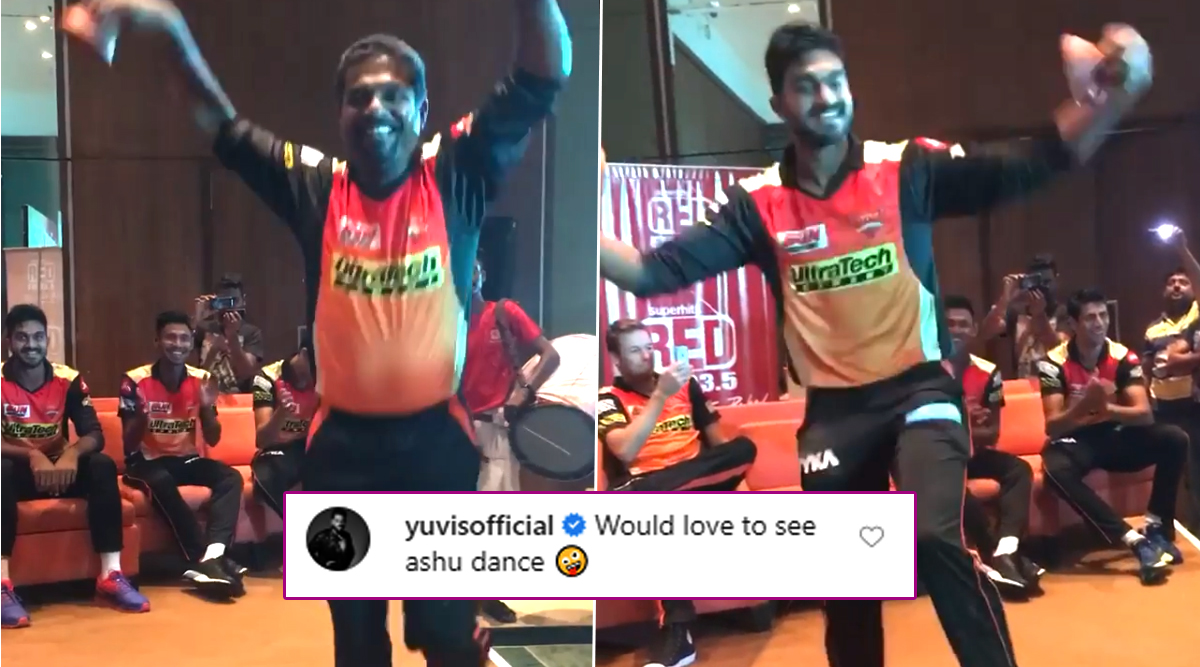 Speaking of IPL 2020, BCCI is planning to conduct the tournament in October. However, they still have to wait for the official confirmation of ICC regarding the postponement of T20 World Cup 2020.

(The above story first appeared on LatestLY on Jul 11, 2020 04:55 PM IST. For more news and updates on politics, world, sports, entertainment and lifestyle, log on to our website latestly.com).