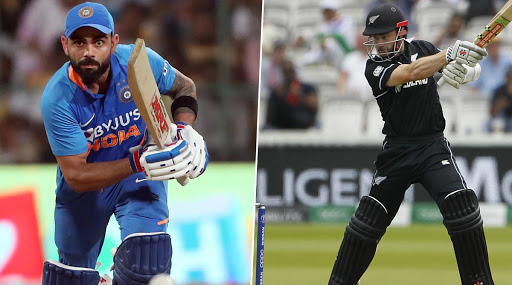 India and New Zealand are set to face each other in the 3rd T20I of the five-game series on January 29, 2020 (Wednesday) at the Seddon Park. Team India have taken a 2-0 lead in the series after emerging victorious in the 2nd Twenty20 clash by seven wickets at Eden Park. KL Rahul and Shreyas Iyer were once again the stars of the match as they both played brilliantly and guided the visitors to a comfortable win. The two teams have met 13 times in T20I encounters so far with the Kiwi's registering eight wins to India’s five victories. New Zealand Vs India, Cricket Score 3rd T20I Match.

Ahead of this all-important clash, we take a look at the results of the last five games between these two cricketing giants. India have the upper hand over the Black Caps in recent encounters as they have won three of the previous five matches with two of those victories coming in the previous week. New Zealand are without their premier pacers, Trent Boult and Lockie Ferguson and it has clearly affected their bowling department as they have struggled to take wickets in regular intervals. Shreyas Iyer vs Ish Sodhi, Martin Guptill vs Jasprit Bumrah and Other Exciting Mini Battles to Watch Out for During India vs New Zealand 3rd T20I 2020 in Hamilton.

After electing to bat first, the Kiwis were off to a steady start as openers found their feet early on in the game. But the Black Caps imploded after the power play losing wickets in abundance. Rohit Sharma and Virat Kohli departed early while chasing a target of 133 but KL Rahul and Shreyas Iyer took Team India over the line.

The Black Caps were asked to bat first by Indian skipper Virat Kohli and the hosts obliged with a mammoth total of 204 runs. Rohit Sharma was out early but Kohli and KL Rahul steadied the ship for India. Later on, Shreyas Iyer’s quick-fire half-century gave the Men in Blue and crucial win and a 1-0 lead in the series.

The hosts got off to a flyer as the opening duo of Tom Seifert and Colin Munro stitched up an 80-run partnership. The left-handed batsmen was at his destructive best as he scored 72 off just 40 deliveries and helped NZ to a total of 212. India started well but any of the batsmen failing to make a big score meant the visitors fell short of the target by four runs.

The hosts were in all sorts of trouble early on as they were 50/4 in eight overs but a partnership between Ross Taylor and Colin de Grandhomme took them to a par total. While chasing 159, Rohit Sharma and Shikhar Dhawan gave the visitors a brilliant start with the former scoring a half-century. A late cameo from Rishabh Pant gave India a crucial win.

The hosts were dominant in their display during the first T20I clash of the series. After asking the Kiwis to bat first, the home side posted a total of 219 runs with Tim Seifert scoring 84 off 43 deliveries. Indian batsmen crumbled under the relentless pressure applied by New Zealand bowlers and lost the game by 80 runs.

The Kiwis have been underwhelming so far and this is the last chance for them if they want to salvage the series. India hold a 2-0 advantage but a win in this match could give them a good chance of making a comeback. The Men in Blue have been in brilliant form and will be looking to wrap up the series when the two sides meet.