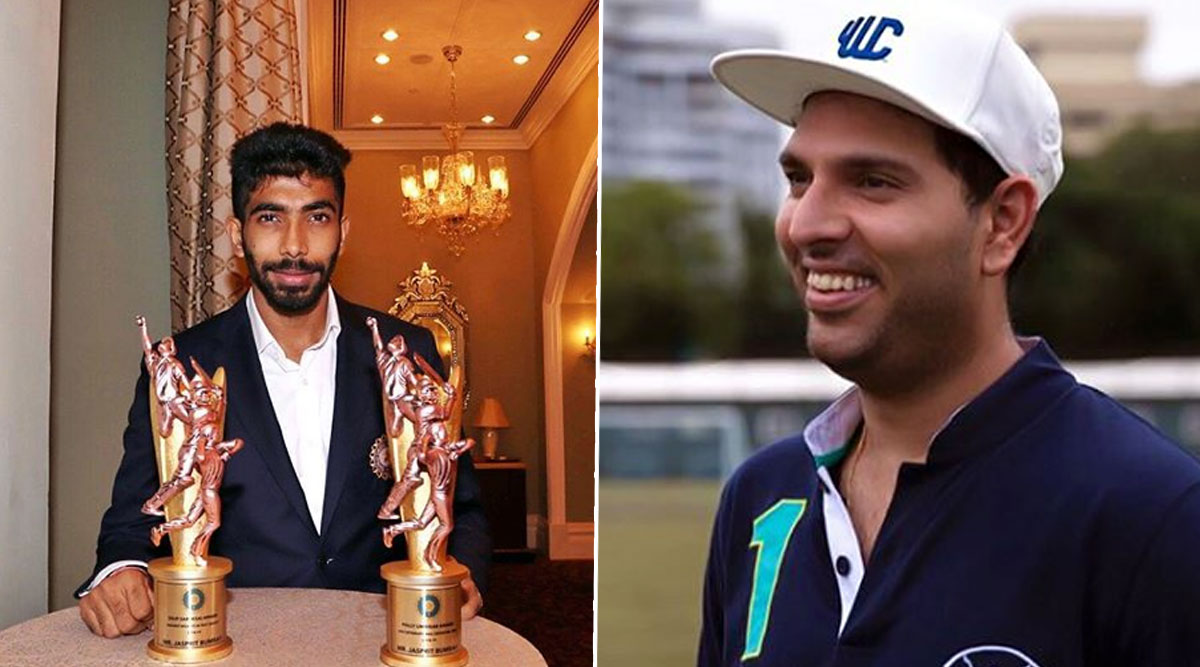 Indian speedster Jasprit Bumrah bagged a couple of prestigious awards at the BCCI Annual Awards in Mumbai on Sunday. For his spectacular performances in 2018-19 season, the right-arm pacer was honoured with Polly Umrigar Award for being the best international cricketer in the season along with Dilip Sardesai award for being the highest wicket-keeper in Test (2018-19). Bumrah was certainly by delighted by the awards he got as he took to his official Instagram page and shared a picture of him posing with the two trophies. The comment section didn’t take long in getting filled with congratulatory messages. However, Yuvraj Singh took the opportunity to troll Bumrah and made a hilarious comment. Jasprit Bumrah Receives Polly Umrigar Award 2018-19 for Best International Cricketer at BCCI Annual Awards.

“Jassi has de thoda (Jassi, smile a bit) no ones taking your trophies away ! Jokes apart many congratulations you truly deserve it” wrote the talismanic all-rounder on the Bumrah’s post. In the last season of Indian Premier League (IPL), the two cricketers played for Mumbai Indians and seem like sharing a warm relationship. Along with pulling his former teammate’s leg, the 2011-World Cup winner also lauded Bumrah’s staggering performances and congratulated him.

Grateful and honoured to be taking these two awards home tonight. 🏆 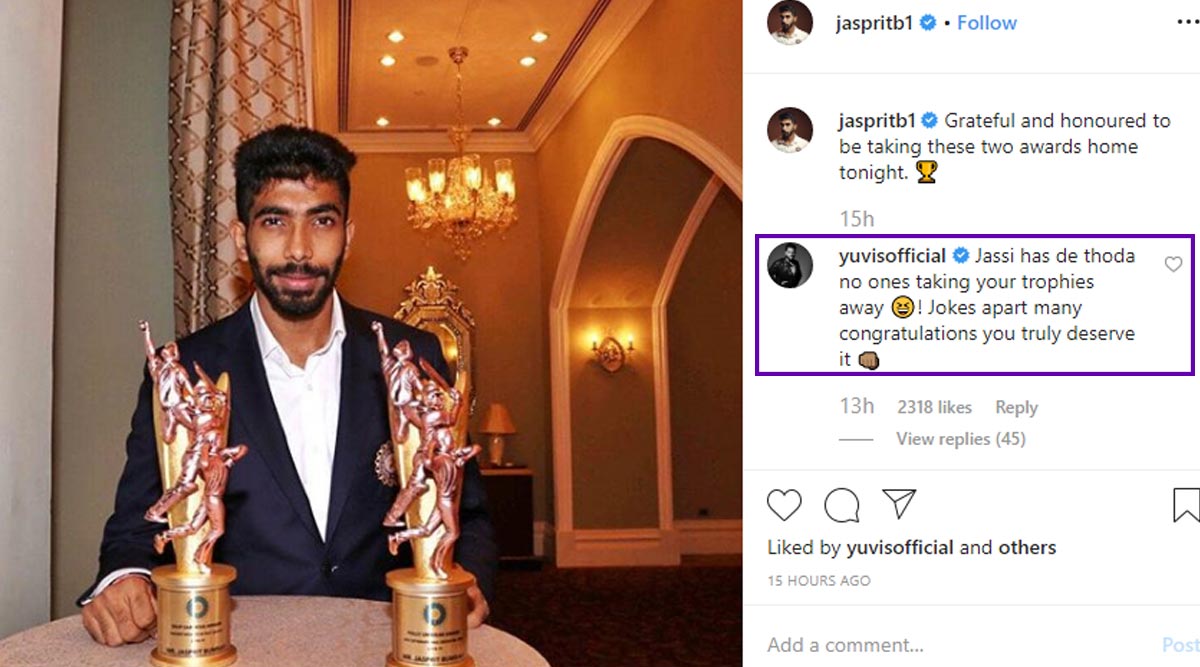 Bumrah, who is currently the top-ranked ODI bowler, enjoyed a sensational run in the year gone by where he tormented many potent batting line-ups and guided his side to several triumphs. However, the Gujarat-born pacer sustained a lower-back in September 2019 and was out of action for more than three months. Nevertheless, he made a stunning comeback in the T20I series against Sri Lanka and will eye to replicate his heroics in India’s upcoming assignments too. He will be seen in action during the three-match ODI series between India and Australia, starting from January 14.