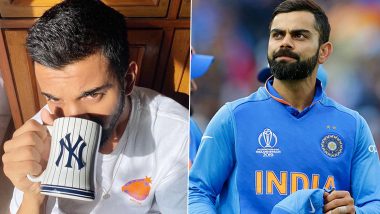 As international cricket still continues to be on a halt amid the COVID-19 break, several players have been engaging themselves with social-media activities. Indian batsman KL Rahul is also one of them as he has been quite active on micro-blogging websites in recent times. In his latest Instagram post, he shared a picture in which he can be seen drinking coffee. The picture invited a lot of trolling as fans reminded Rahul about the infamous ‘Koffee with Karan’ fiasco. Indian skipper Virat Kohli also pulled his teammate’s leg by saying that his cup his dirty. However, Rahul being at his witty best come up with an epic reply.

“Cup Ganda Hai (Cup his dirty),” commented Kohli on Rahul’s post. However, the Karnataka-born batsman gave a cool reply to his remarks. “@virat.kohli lekin dil saaf hain (but heart is clean),” replied Rahul. Well, the Kings XI Punjab skipper has been putting up several sensational performances with the bat in recent times. However, it seems like he has carried his on-field form to social media too. Meanwhile, have a look at the banter between the cricket stars. KL Rahul Recalls Chris Gayle’s Century Against Sunrisers Hyderabad in IPL 2018. 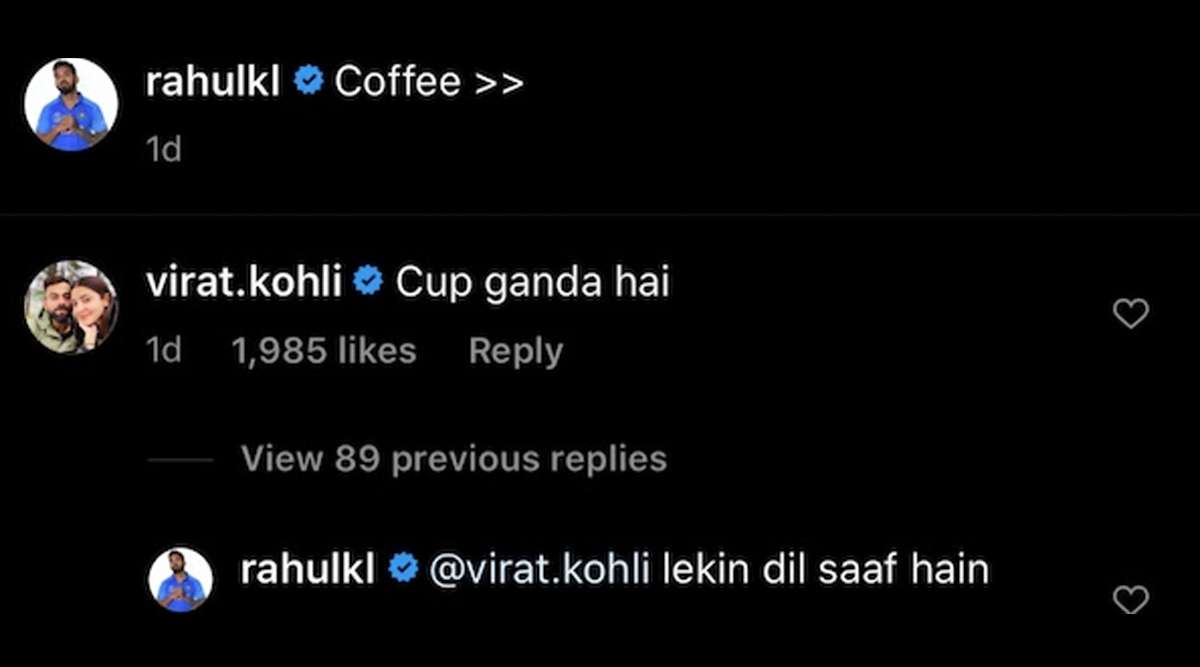 Before Rahul, Kohli has also pulled the legs of his other teammates in recent times. Recently, he also poked fun at Hardik Pandya over the all-rounder’s carom post.

Coming to cricket action, Indian Premier League (IPL) governing council chairman Brijesh Patel has stated that BCCI is planning to conduct the 2020 edition of the gala tournament in October-November. However, they have to wait for the official confirmation of International Cricket Council (ICC) regarding the postponement of the T20 World Cup.

(The above story first appeared on LatestLY on Jul 01, 2020 04:34 PM IST. For more news and updates on politics, world, sports, entertainment and lifestyle, log on to our website latestly.com).