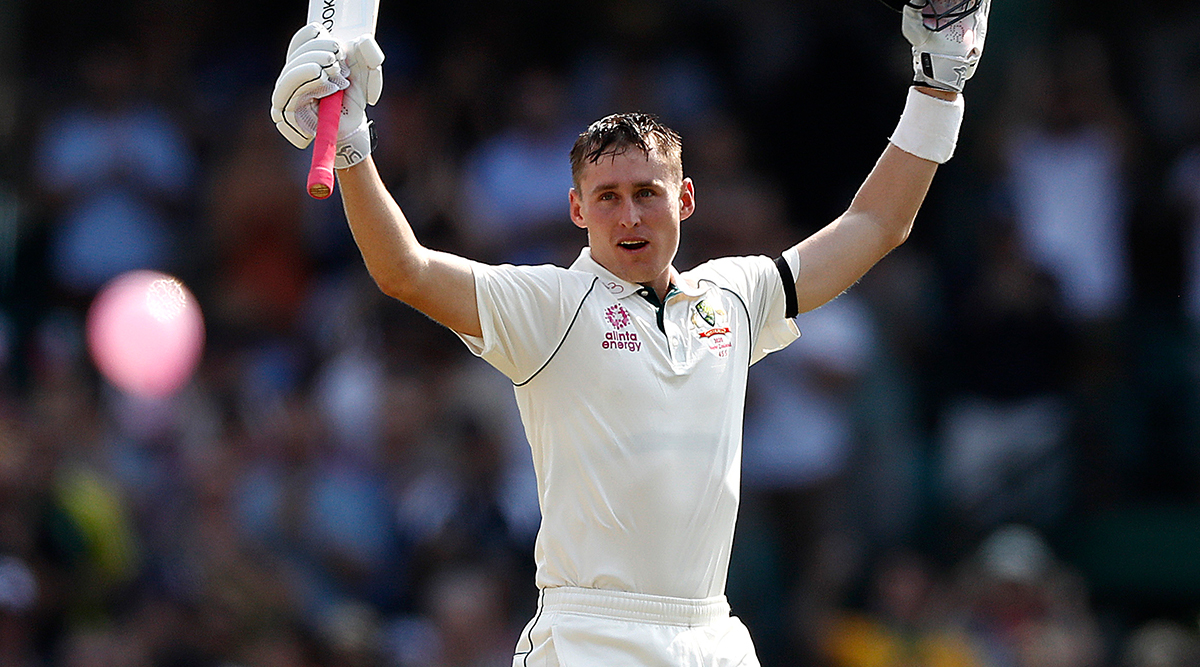 Mumbai, January 10: Ahead of a possible ODI debut in India where Australia are scheduled to play three matches, Marnus Labuschagne is setting his sights higher and is looking up to the guys like Virat Kohli and Steve Smith to become a multi-format player. "You look at the guys I look up to and aspire to -- Steve Smith, Virat Kohli, Kane Williamson, Joe Root. They've been doing it for a very long time, five, six years they've been consistent, not just in one format, but two or more formats," Labuschagne told ESPNcricinfo.

"So for me personally there's a lot to learn and a lot to grow because I've had some success this summer but the real challenge for me is to be more consistent going on and being able to keep putting continued performances on the board." The 25-year-old rocketed up to third in the ICC Test batting rankings on the back of an Australian record 896 runs across five Test matches at home this summer. Marnus Labuschagne Overtakes Steve Smith to Become the Highest Test Scorer of 2019 After Smashing a Century During Australia vs Pakistan Day-Night Match.

"If I can continue to do that, then that's obviously going to be the challenge for me, and getting an opportunity in this one-day series is an opportunity for me to show a slightly different part of my game that we haven't seen this summer, but that's a really exciting challenge too." The right-handed batsman also realises there will be huge challenge for him playing on Indian soil.

"A big part of playing in India is how you play spin, so for me being nice and clear with my plans about how I play spin and then just trusting the processes I have," Labuschagne said. "Batting in the middle order it's about running really hard between wickets and trying to get those runs through the middle, then when you get the opportunity towards the back end to open the shoulders a bit," he added. The three ODIs will be played on January 14, 17 and 19 in Mumbai, Rajkot and Bengaluru.