Playing for Chennai Super Kings Helped Me in Countering Dew, Says Deepak Chahar After His Magical Spell Against Bangladesh at VCA Stadium 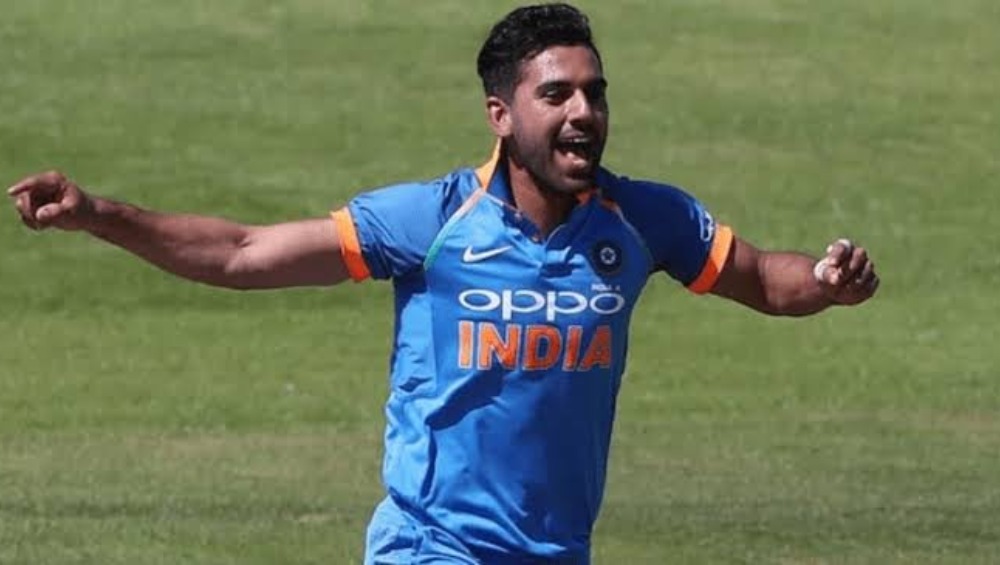 Nagpur, November 11: Right-arm pacer Deepak Chahar took apart the Bangladesh batting to hand India a series-clinching 30-run win in the third and final T20I at the VCA Stadium on Sunday. During his magical spell, the 27-year-old Rajasthan seamer went on to become the first Indian bowler to score a hat-trick in T20Is. His figures of 6/7 were the best so far in T20 internationals as he surpassed the previous record held by Sri Lanka's Ajantha Mendis who had scalped 6/8 against Zimbabwe in 2012.

After a memorable night, Deepak revealed that his stint with Indian Premier League (IPL) franchise Chennai Super Kings helped him to bowl in conditions which are generally difficult because of the dew. Deepak Chahar Records Best Ever Figures in T20I Cricket With Six-Fer During IND vs BAN 3rd T20I Match, Becomes First Indian Man to Take Hat-Trick in Twenty20 Internationals.

"Playing in Chennai, I have now realised how to counter dew and sweat. How to keep my hands clean. At times, rub dry soil in your hands and then bowl (so that the hands don't get slippery)," the seamer said while interacting with Yuzvendra Chahal alongside Shreyas Iyer on Chahal TV.

Asked what was his strategy considering that there was no nip in the air and the ball wasn't swinging a lot, he said: "Since the side boundaries (at VCA Stadium) were big, we planned that we will have to force the batsmen to play shots on the sides. I also wanted to vary the pace as the ball was getting wet because of the dew and it was difficult to grip."

The pacer had dismissed one batsman on the last ball of the 18th over and then he dismissed two batsmen in the opening two balls of the 20th over. "I came to know in the end that I got a hat-trick since I got the first wicket off the last ball of previous over. Even if you sit back at home and dream, you will not think that in four overs, you will get six wickets for 7 runs," he said.