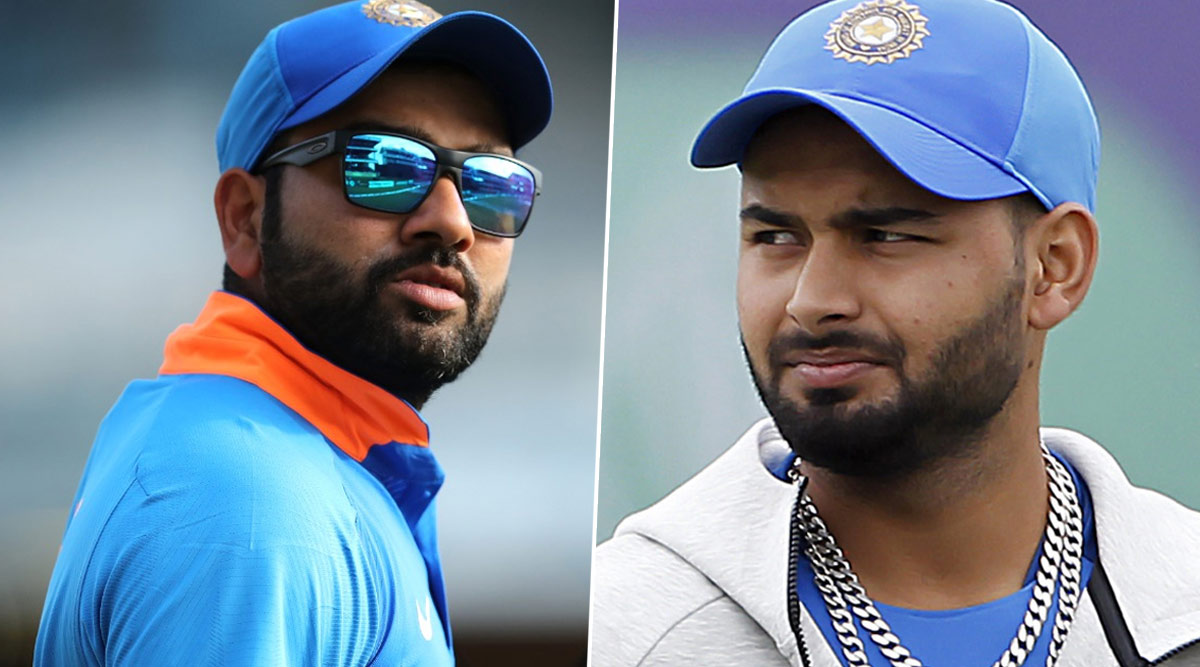 India’s swashbuckling opener Rohit Sharma is one many cricketers who have been active on social media after the COVID-19 lockdown. Recently, India’s limited-overs vice-captain went live on Instagram alongside former Indian all-rounder Yuvraj Singh. During the course of the chat session, the two stars talked on various topics. However, the topic of Rishabh Pant was one of the highlights of the chat session. While defending the wicket-keeper batsman, the four-time IPL-winning captain slammed media over their analysis of the youngster and said that the media persons don’t realise what they are writing about. Yuvraj Singh Was My Cricket Crush, Reveals Rohit Sharma.

The Delhi-born wicket-keeper batsman has always been in the news in recent times. Courtesy his ability to change the course of the match in no time, many touted him to be the next big thing in Indian cricket. However, the dasher faced a lot of criticism for his inconsistent performances. Well, Rohit Sharma is certainly not impressed by the scrutinization of Pant’s performance.

"Media should think before writing something," Rohit said while talking to Yuvraj Singh. The talismanic batsman also urged the fans to treat any young player in a way that it doesn’t hamper the confidence of an individual.

Rohit also went on to say that a young player requires time and backing to become a champion player. He said that he regularly talks to the young players in the team in order to give them proper guidance. The 32-year also said that he doesn’t want other young players to waste 7-8 years of their initial career like him.

Pant and Rohit were scheduled to get back in action with the start of Indian Premier League (IPL) 2020 where the former plays for Delhi Capitals (DC) while the veteran Indian opener leads Mumbai Indians (MI). However, just like many other cricket tournaments, the gala T20 tournament has also been postponed and according to many reports, IPL 2020 is set to get called off.