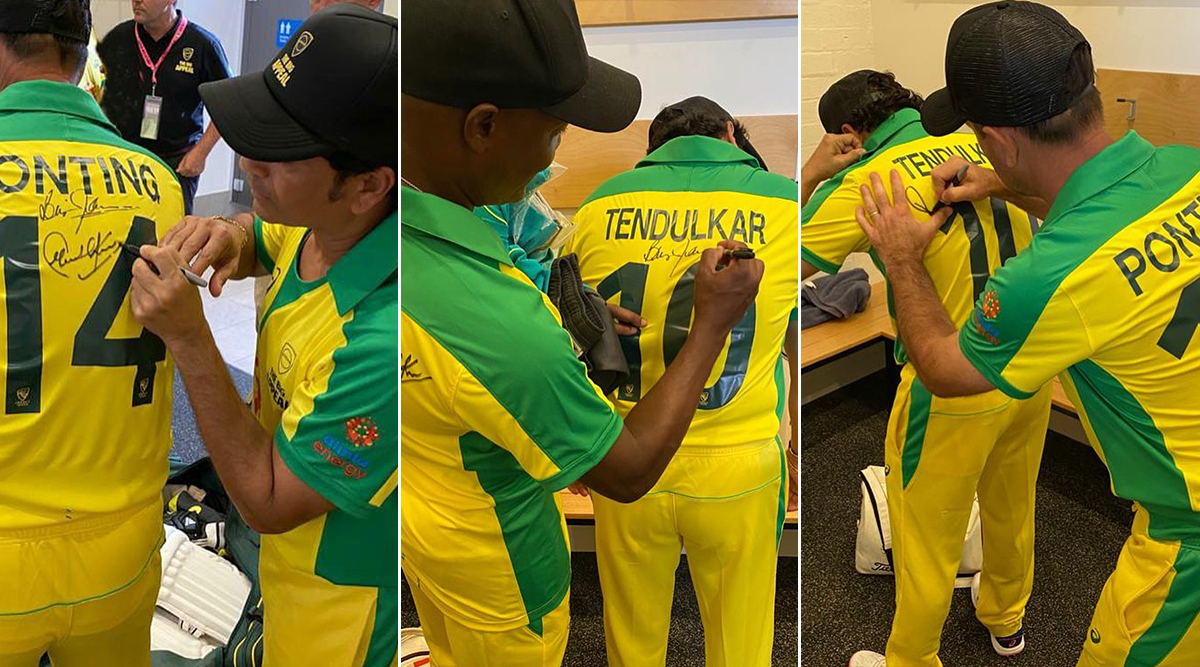 You wouldn’t find them on the same team during their playing days and although the Indian Premier League (IPL) brought Sachin Tendulkar and Brian Lara then Sachin and Ricky Ponting together, all three legends of cricket were yet to appear and play together in one team. A sight that would have turned wall memoirs for scores of fans around the world. At the Bushfire Cricket Bash also called the Bushfire Relief Charity match, Sachin, Ponting and Lara came together for the same team with Sachin coaching the latter two. They not only played together but also shared posed and autographed each other’s jerseys, something that would forever be etched in the memories of fans. Ricky Ponting and Sachin Tendulkar in One Frame During Bushfire Cricket Bash.

“Competitors on the field, friends off it! Had a lot of fun coming together for a cause like the Bushfire Relief. ‪Happy to have contributed towards the #BigAppeal,” Sachin later wrote on his social media pages. The above words served as a caption to an image of Sachin, Lara and Ponting signing each other’s jerseys post the Bushfire relief match. Sachin Tendulkar Comes Out to Face Ellyse Perry and Annabel Sutherland During the Innings Break of Bushfire Cricket Bash (Watch Video).

Competitors on the field, friends off it!

Had a lot of fun coming together for a cause like the Bushfire Relief.

Meanwhile, although Sachin did not come to field to appear in the Bushfire Bash – as he was coaching the Ponting XI – he picked up his bat five years after retiring from international cricket to face an over from Ellyse Perry. Perry, a women’s cricket legend and current Australian international, had challenged Sachin to come out of his retirement and face six deliveries from her during the mid-innings break of the Bushfire Bash match. Sachin not only face an over from Perry but also faced two deliveries from Annabel Sutherland.