Virat Kohli Clean Bowled By Ravindra Jadeja in The Nets, and Twitter Has a Lot to React to Indian Skipper's Disturbed Furniture! (Watch Video) 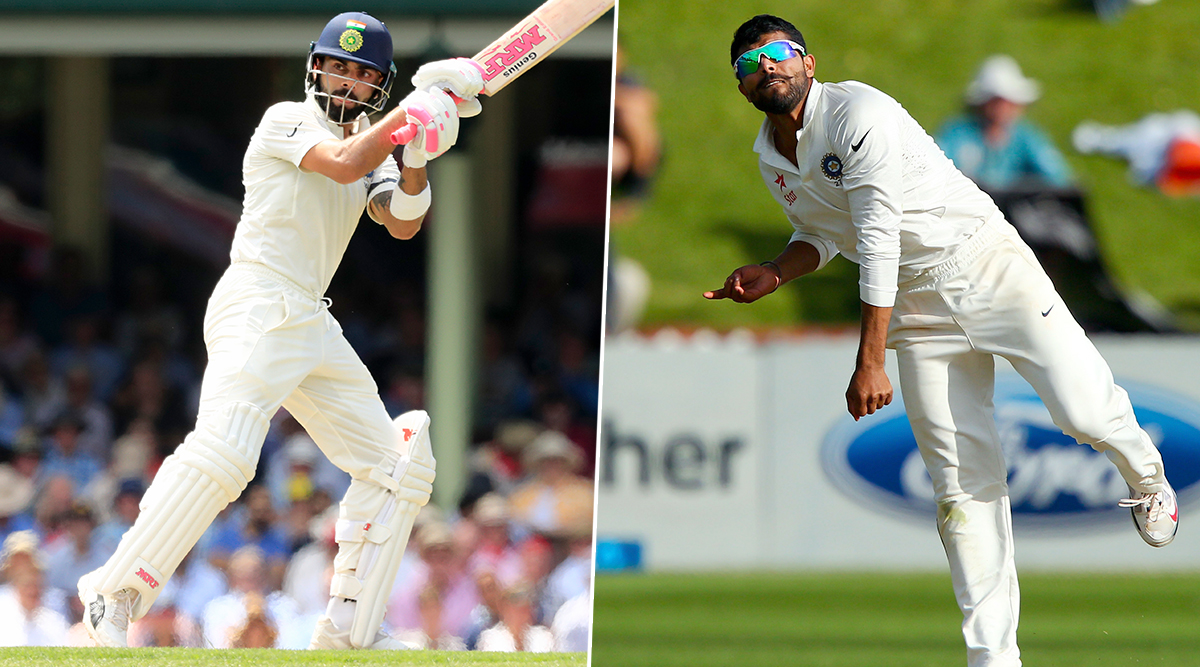 Indian Skipper Virat Kohli has emerged as a batting juggernaut and is the dream scalp of many bowlers around the world. The batsman has grown his stature to such level that his failure is grabbing more limelight than his success. A similar thing happened on the eve of the second Test between India and South Africa in Pune. While practicing in the net session, the right-handed batsman was clean bowled by left-arm spinner Ravindra Jadeja and the Internet users didn’t take much long in giving their reactions. Some cricket fans went on troll the Indian captain while some claimed that the dismissal was a mere fluke. India Vs South Africa, Cricket Score 2nd Test Match.

In the video posted by ESPNcricinfo, Jadeja bowled a full-length delivery to which Virat tried to play a cut shot but missed the ball and his stumps were castled. Kohli also looked stunned by the delivery. This video of the Indian great getting bowled will certainly be an inspiration of many left-arm spinners to get the better of the Indian stalwart. In the upcoming match, Proteas will bank on their left-arm spinner Keshav Maharaj to dismiss the Indian great. However, Maharaj had a forgettable outing in the first clash and will look to make a comeback. Meanwhile, let’s look at some netizen’s reaction who gave their views about Jadeja dismissing Kohli. India vs South Africa 2nd Test 2019: Virat Kohli Feels If Rohit Sharma Plays on Top India Will Win Most of the Test Matches.

Left-arm spinners around the world, are you watching? #INDvSA pic.twitter.com/ozrcmeO44l

Good reminder that last & only time he got out 'bowled' against a left arm spinner was at the same ground in 2017.. Steve O'Keefe was the bowler.

Fear of loosing the captaincy.

That too with inconsistent opportunities.

4-5 years hence and then see the flourish of runs.

Already +37 ranks up with just one opening.Lot more to come.

He is not less than Virat,more precisely above Virat in all fronts.

Quote should be "RCB CSK fans around the world are you watching?? "

Talking about the India vs South Africa Test series 2019, India produced a clinical performance in the first clash and won the match by 203 runs. Rohit Sharma was the standout performer for the hosts as he mustered twin centuries in his opening Test debut. South Africa although lost the match but produced a great fight. Anyway, the action has moved to Pune where India will look to seal the deal while the visitors will aim to level the series.