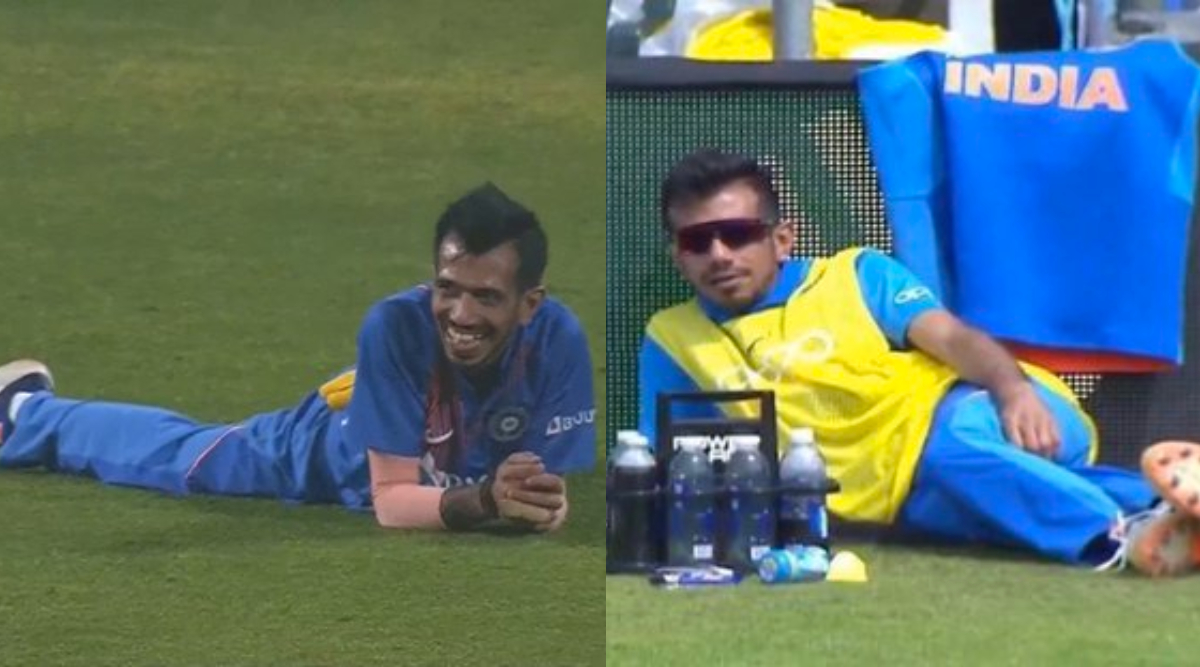 Yuzvendra Chahal, who replaced Kuldeep Yadav in the third T20I against Sri Lanka at Pune, went wicket-less in his three overs. However, the spinner made up for it with a run-out. While fielding at mid-off, Chahal hit the wickets directly at the non-striker’s end and caught Wanindu Hasaranga short of his crease. After completing the throw, Chahal laid on the ground and watched the stumps being disturbed. Chahal’s successful run-out effort triggered meme fest with Twitterati sharing funny memes and jokes. Shardul Thakur’s 8-Ball Cameo Once Again Becomes Talk of the Town on Twitter As India Post 201 Against Sri Lanka in Pune.

Hasaranga was the seventh Sri Lankan wicket to fell, and by then India were in total control of the match. The visitors, chasing 2020, were eventually bundled out for 123 and thus India won the match by 78 runs. With it, the Virat Kohli and Co. clinched the series 2-0 as the first match in Guwahati was washed-out. Meanwhile, let’s take a look at some funny Yuzvendra Chahal memes and jokes. Sanju Samson Returns to Indian Cricket Team After a Gap of Four Years, Missed 73 T20Is In-between; Twitterati React.

Bradman with the bat.

Warne with the ball.

Jonty as a fielder.

.@yuzi_chahal makes this run out seem so easy peasy 🤣

New Jonty Rhodes on the Horizon! Y. Chahal hits the Sticks and Fielded well to his Own Astonishment! #INDvSL #INDvsSLT20 pic.twitter.com/62gAACsbVU

Openers KL Rahul and Shikhar Dhawan posted half-centuries and provided their side with a solid platform. Dhawan ended up scoring 52 while Rahul 54 as the duo put on a 97-run stand for the opening wicket.

Enjoy the Run Out

WOW! What an effort by @yuzi_chahal! 🤩

Hope you are not 'running out' of the action! 😉

Sanju Samson, who was playing his first T20I after a gap of four years, lasted just two balls after being sent in to bat at number three. India lost wickets in the middle quickly and were reduced to 164 for six. Manish Pandey and Shardul Thakur then took over and added 37 runs for the seventh wicket off just 14 balls to help India go past the 200-run mark.