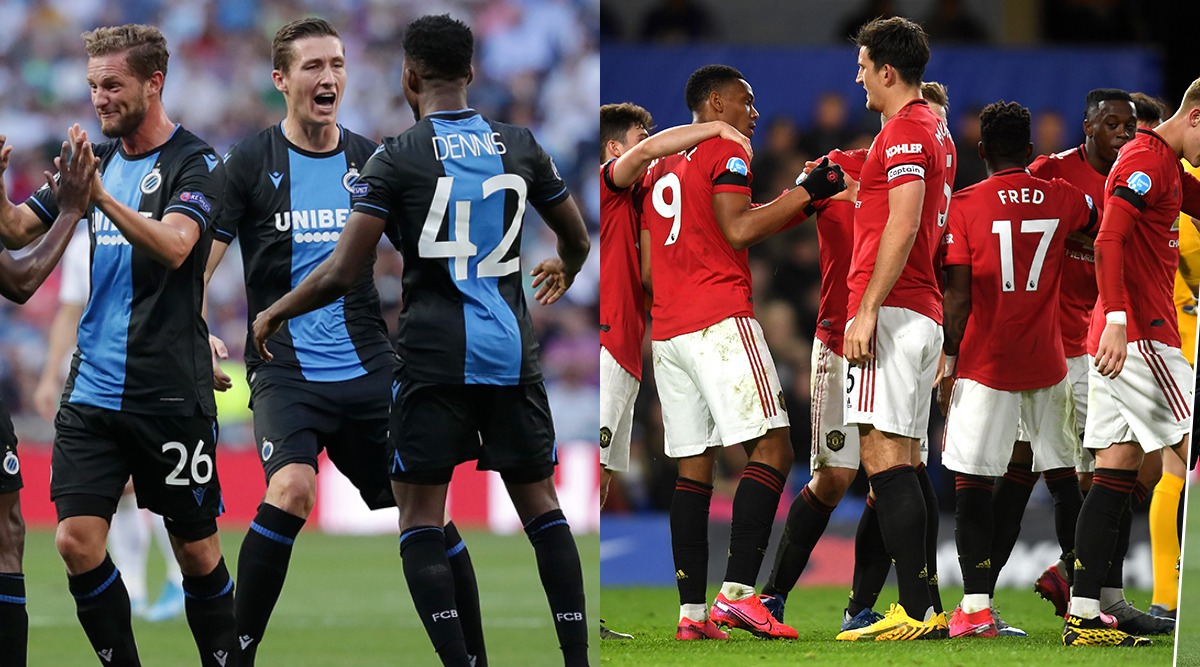 Manchester United will travel to Bruges for the 1st leg of their Europa League 2019-20 round of 32 clash against Club Brugge. United, fresh from their 0-2 beating of defending Europa League champions Chelsea on the weekend, will hope to continue their good showing in the Europa League. Ole Gunnar Solskjaer’s side won the competition the last time they played it albeit under a different manager and are unbeaten in their last 10 Europa League knockout games. They face Belgian Premier League champions, Club Brugge, in the round of 32 this time. Meanwhile, fans of Dream11 fantasy game, can find here all tips and team suggestions to build a strong team for BRU vs MUN, EUL 2019-20 last 32 match. Odion Ighalo Can Fill Romelu Lukaku’s Void at Manchester United, Says Former Arsenal Striker Nwankwo Kanu.

Club Brugge moved to the Europa League after failing to progress from the group stages of the Champions League. They are on top of the Belgian Pro League with just one defeat in 26 matches and lead the standings by nine points after 26 games but are without key midfielder Sander Berge, who moved to Sheffield United in January. United, on the other, progressed to the knockout round after topping Group L. Solskjaer’s men will, however, be without Mason Greenwood for the encounter in Belgium. Greenwood, who has been instrumental in United’s Europa League campaign was left out of the squad for the 1st leg of their round of 32 match as was Scott McTominay.

Club Brugge vs Manchester United, Europa League 2019-20, Dream11 Team Prediction: Defenders – Victor Lindelof (MUN) missed United’s trip to Chelsea due to illness and is expected to start this match. He will be joined by Diego Dalot (MUN) and Brandon Williams (MUN) as the three defenders.

Club Brugge vs Manchester United, Europa League 2019-20, Dream11 Team Prediction: Midfielders – New signing Brandon Fernandes (MUN) showed his class against Chelsea and also recorded an assist. He must be the first midfield choice for this match. Juan Mata (MUN) is the other United player, who should be included. They will be joined by Krepin Diatta (BRU), Hans Vanaken (BRU) and Rudd Vormer (BRU) in midfield.

Brandon Fernandes, who joined from Sporting Portugal in the winter transfer window, has impressed everyone in the two games that he has played so far and should be appointed as the captain of this fantasy team, while Club Brugge midfielder Hans Vanaken (BRU) should be made the vice-captain.