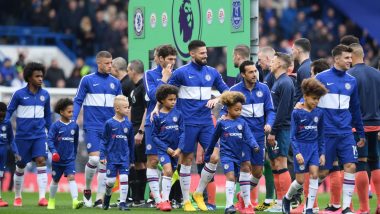 Chelsea will be eager to return to winnings ways as they take on relegated side Norwich City at home with the Blues clinging on to the third spot in the league. Frank Lampard’s men were thumped by Sheffield United in their last game but rivals Manchester United and Leicester City have failed to capitalize on their slip up. With each game being a potential final, the race for top 4 is heating up. The Blues have Wolves and Liverpool after this game which means there just cannot be any slip ups tonight. As far as Norwich City are concerned, they have pride to play for as they prepare for life in the second tier of English football. Chelsea versus Norwich City will be telecasted on Star Sports network and streamed on Hotstar from 12:45 AM IST. CHE vs NOR Dream11 Prediction in Premier League 2019–20.

The absence of N’Golo Kante and Billy Gilmour is hurting Chelsea and they will have to manage without the duo for the clash against Norwich City as well. Olivier Giroud should come into the side in place of Tammy Abraham while the likes of Willian and Christian Pulisic are guaranteed starters at the moment. Jorginho was awful against Sheffield United but lack of options means the Italian international gets an opportunity to make amends. Andreas Christensen, another flop from last game should make way for Marcos Alonso.

Christoph Zimmermann, Grant Hanley, Sam Byram and Moritz Leitner are unavailable for selection by Norwich City. Josip Drmic could replace Teemu Pukki in the forward line with the latter not managing a goal in the last 11 league fixtures. Todd Cantwell has been one of the standout players for the visitors this term and all eyes will be on him as he hopes to put a dent on Chelsea’s European ambitions.

Chelsea vs Norwich City clash in Premier League will be played at Stamford Bridge on July 15, 2020 (Wednesday). The game has a scheduled timing of 12:45 am IST.

Where to Watch Chelsea vs Norwich City, Premier League 2019-20 Football Match on TV?

How to Get Free Live Streaming of Chelsea vs Norwich City, Premier League 2019-20 Football Match?

Premier League 2019-20 can be viewed on Disney+ Hotstar, the official OTT platform of Star Sports. So fans can either download the Disney+ Hotstar app or log onto the website, ton watch the live streaming of Chelsea vs Norwich. Norwich City have a sub-standard defence which could crumble once again against Chelsea tonight. The Blues will use this opportunity to get some lost confidence back as they prepare for much tougher battles.

(The above story first appeared on LatestLY on Jul 14, 2020 10:08 PM IST. For more news and updates on politics, world, sports, entertainment and lifestyle, log on to our website latestly.com).