Max Allegri to Leave Juventus at the End of 2018–19 Season, Confirms Serie a Club in Statement 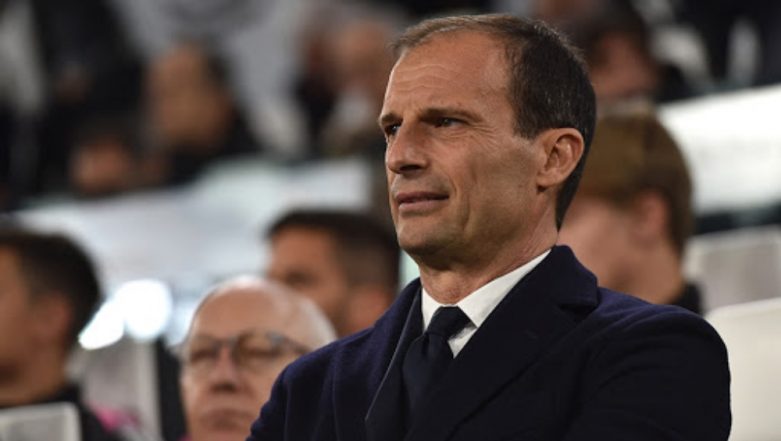 Juventus head coach Max Allegri will leave his position as the head coach at the end of the 2018-19 season, the club informed in a statement on Friday.

The 51-year-old led Juventus to five consecutive Serie A titles and four consecutive domestic doubles in his five years at the club. He had replaced Antonio Conte in the summer of 2014 from rivals AC Milan. Real Madrid Transfer News: Luka Jovic From Eintracht Frankfurt Signed for 60 Million Euros - Reports.

Allegri won a total of 11 titles with Bianconeri, while also guiding them to two Champions League finals in three years. He, however, couldn’t lead the club to European glory as Juventus lost 1-3 to Barcelona in 2015 and 4-1 to Real Madrid in the 2017 final. They were knocked out by Ajax at the quarter-final stage this year.

“Massimiliano Allegri will not sit on the bench of Juventus in the next season 2019/2020,” said the Serie A club in a short statement on Friday. “The coach and the President, Andrea Agnelli, will meet the media together at the press conference, which will be held tomorrow, Saturday 18th May, at 2 pm in the conference hall of the Allianz Stadium,” it further added.

Allegri had signed a two-year contract extension last year and still had a year left on the agreement but will exit Lady Turin this summer. The club’s announcement means Juventus’ home game against Atlanta on Sunday will be the final time Allegri will sit at the Turin manager’s seat. The league champions go away to Sampordia next week for their final game of the 2018-19 season.