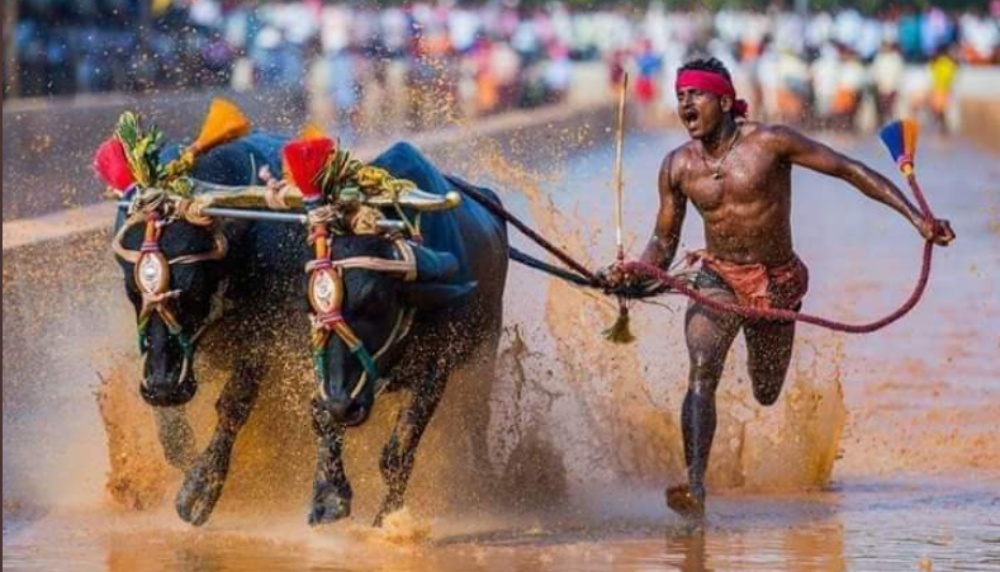 When it comes to winning races and sprints, we all know that nobody can beat Jamaica’s Usain Bolt. On numerous occasions, Bolt has been nothing less than stunner and maintains the record of covering 100 meters in just 9.58 seconds. However, this jockey named Srinivasa Gowda from Kambala reportedly runs faster than the athlete as he covered 100 meters in 9.55 secs and that too in a muddy field. Gowda completed a total of 142.5 meters in just 13.62 seconds. The race took place on February 2, 2020. Kambala race is a buffalo race which happens in slushy paddy field. Usain Bolt Birthday Special: Nine Powerful Quotes by World's Fastest Man.

Kambala is a traditional annual buffalo race in Karnataka's Dakshina Kannada and Udupi districts' farming community. A tweet talking about this record went viral on social media. So far Srinivasa has claimed 29 prizes this year in 12 Kambala that he has participated in. With this, he also shattered a 30-year-old record which was created at in Aladangadi near Belthangady. The local media has already praised the 28-year-old for the feat. Check out the tweet below:

He is Srinivasa Gowda (28) from Moodabidri in Dakshina Kannada district. Ran 142.5 meters in just 13.62 seconds at a "Kambala" or Buffalo race in a slushy paddy field. 100 meters in JUST 9.55 seconds! @usainbolt took 9.58 seconds to cover 100 meters. #Karnataka pic.twitter.com/DQqzDsnwIP

Talking about Gowda, he works as a construction labourer and is a school dropout. He started pursuing the sport five or six years ago. He is a jockey for three buffaloes owned by Shakti Prasad of Mizar, Bada Poojary of Iruvail and Harshavardhan of Poojary.  The jockey takes about a month’s training before the start of the tournament. The jockeys are even awarded cash prizes if the buffaloes win any races.